The Fourth of July is right around the corner, as we prepare to remember...what?

I noted recently in a Facebook blurb - only partly in jest - that teenagers must believe they are smarter than any adult, because their answer to any information offered by anyone older is virtually always, "I know." Recalling my own reliance on that phrase way back when, I think that response may be hard-wired into our brains.

However, with Independence Day fast approaching, reality casts a different light on what most people actually know about our greatest national holiday (note: Christmas and Easter are ostensibly religious holidays). For instance; ask most grammar school kids today what we're celebrating on Monday and if you're fortunate, you'll get something like, "Ummm...We fought a war?" If you ask many high schoolers you'll most likely get a response that includes the near-universal retort; "I dunno."  And if you ask college-age young adults, who are one step shy of taking the reins of "responsible" adulthood, you might get something mumbled that smacks of "Old white slave-owners." Ignorance of our history is the new standard.

The sad - no,...tragic truth is, the modern American diseducational system has done incredibly successful work over the past half-century in turning what was one of the world's showcase demographic on literacy into Number 18 (depending on which scoring method you look at) and falling.

Thomas Jefferson warned us of the dangers of ignorance; "Educate and inform the whole mass of people...they are the only sure reliance for the preservation of liberty." His words now come back to haunt us as we have traded education for indoctrination, and truth for disinformation. Newspeak passes for news.

All this is a roundabout way to hit my actual point: most Americans no longer know what our own country is supposed to be about: why it was formed and how it got to be the greatest nation in the history of mankind for a while. And while there seems to be a late-blooming awareness by many that something is wrong, most folks today  do not understand how precarious our current position is, or which way we are lined up to fall. And they certainly do not see how those latent dangers may one day directly affect their own lives.

Instead of being a nation of people with the freedom to pursue our own destiny, to enjoy the fruits of our labors, we are being turned into a nation of mindless sheep, driven by packs of ravenous wolves - many of whom don't even realize they will eventually be turned into sheep themselves.

Just because we haven't (yet) officially adopted the swastika or the hammer and sickle, there can no longer be any doubt; America is effectually becoming a police state. We're still in the early stage, but the evidence is clear. Law does not automatically equate to justice. Language no longer makes sense, because meanings have been turned around to expedite political change and agendas. Our leadership is either cluelessly or intentionally destroying everything that made this country a great nation. In any event, that leadership is unravelling as Obama's abject inability to understand how to lead becomes more apparent each day.

OK, then; enough depression for one sitting. Monday is Independence Day. So, what does that day mean to us today? Here are my own answers.

- To me it means that we in this country have been God's favored people, and under His guiding hand for nearly four hundered years (if you think back to the Pilgrim era); perhaps the first since the establishment of ancient Israel (and the reestablishment and defense of modern Israel may have been the latest). But by turning our backs on Him we risk national calamities (natural, economic, military, agricultural, governmental, social, etc.), as have many other formerly Christian nations such as Britain, Germany, France, Spain, Greece, Italy and others. 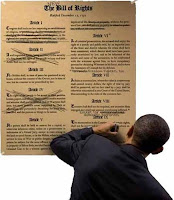 - It means we are, for the moment, among the most free people in the world, with the ability to follow our own destiny based on our abilities, opportunities, personal energy and will to persevere. But each year we become less free and more dependent - either forcibly or willingly - on government. We have forgotten that we were supposed to elect representatives, and instead continually return career politicians who more often than not simply rule over us with secret deals and bullying tactics, without satisfactorily debating or explaining the issues or heeding our choice. Such actions only reinforce my desire to see an end to political careerism, open debates, and public referendum on major issues, especially those that turn social structure upside-down.
- It reminds me we are blessed with the best military in the world; a true force for good - but (and I've changed my opinion on this) that doesn't mean we should be building nations, or spending our largesse in countries that only use our generosity against us.

- It reminds me that we have been the most charitable nation - for our own needy and those of other nations in distress. But charity has always been and should remain the purview of the Church, based upon our Christian heritage. But that charity is derived from personal and willing generosity, not coercion. When government gets in the charity business, it quickly forgets that it is only giving away what it has forcibly taken from our own productive citizens, and in too many cases, giving it to those who feel no compunction to actually earn or repay their "allowance".  When you've bled your own productive sector dry, it only signals the beginning of a death spiral, as government takes more from people who must now work harder to keep less, and therefore have less to give.

- It reminds me that this nation gained its strength from the union of diverse peoples who sought to become something better than they started as; millions of legal immigrants willingly surrendered (but always retained) part of their former heritage to attain a new heritage as an American. Now we are being consciously and intentionally divided to further political agendas; we are increasingly either hyphenated or socially isolated in cloistered "ghettos" where mostly-illegal immigrants refuse to acculturize, while the rest of the society is divided by moral issues that did not conflict with the social "normal" until the 20th century.
It was during this time that various socialist groups (marxists, communists, nazis, progressives, eugenicists, Fabians) began to insert the Satan bug (Gen. 3:1 - "Did God really say...?") across the culture to get us to doubt our previous moral imperatives: Margaret Sanger introduced the abortion movement in 1921 (which was fraudulently legalized in 1973), immorality became semi-legitimized in 1948 by the first of the faux-scientific Kinsey Reports and went mainstream with the publication of Playboy in 1953, and homosexuality became a liberal cause cèlébre following the 1969 Stonewall riots.

Each of these destructive 'seeds' have germinated into ever-growing movements,cultural weeds propelled and perpetuated by the educational system and the entertainment industry, and facilitated (or disobstructed) by a rogue government that continuously distances itself from our founding principles.

But as far down that dark road we've already traveled, I believe there is a chance to revive this nation's spirit. By that I mean, in part, an authentic religious revival. Unless man reconstructs himself from within and reestablishes internal restraint, reason, and sound judgment, we can never adequately address the needs of the larger community (and by community I mean every social structure outside the immediate family, up to and including the global community). Man cannot rule justly if he only relies on himself, because sooner or later his baser nature will take the lead (as Kings David and Solomon belatedly discovered). In our weaker moments, eventual tragedies are born. We must look to the greater Good for solutions.

I call that greater good...God. I believe God is the ultimate force for creation and destruction. I believe He is the author of logic and science, and through these He is the master craftsman of all creation. I believe that although we have come to understand much, we effectually know next to nothing, and we err when we try to limit Him by our own understanding. He left us instructions, examples, lessons and reminders, and we ignore or misinterpret these at our peril. 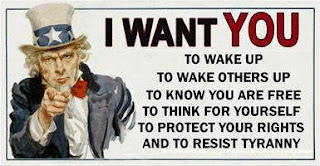 In a nutshell, the celebration of Independence Day is a celebration of His gift to us; the gift of freedom. I believe He wants us to use that freedom constructively. I believe this nation - for all its ills - has done more for the human race than any other. The downside is that because we have made poor choices, we are undoing much of that previous good. We should use this Monday to remind ourselves and our fellows that we have a greater heritage, and potentially, a greater destiny to live up to.
Posted by Chuck Teal at 11:29 PM