Assuming that you are more than nine years old, and unless you've had your head safely tucked under a rock, you are probably aware that the world around us has changed.

Prior to September 11, 2001 this was a much different country than it is today. Sure, we whined and complained, but we could get on a plane with little more than a ticket and boarding pass (and with a lot more luggage for a lot less price) and unlike today, retain our dignity in the process. There were millions more of us who had jobs, we could afford decent medical care, and we still had some semblance of privacy. As a nation we still had allies we could count on, and who could still count on us. While we had plenty of disagreements, for the most part the world was relatively stable, both geologically and socially. Then the world changed, and so did we; slowly at first, but now social change is happening at a more rapid pace. The Earth itself is in upheaval and society is freefalling toward chaos. That last part is no accident.

Until three years ago, we were still respected throughout the world, even (grudgingly) by our enemies, because we had a President who knew how to lead without surrendering our national dignity. But now we have a president who seemingly came from nowhere, has accelerated and exacerbated the trashing of our economy, has pushed our military to the brink of exhaustion while giving more aid and confidence to our enemies, has humiliated himself and this nation before the rest of the world, has emboldened our enemies and alientated our friends, and is redesigning this government on a neosocialist model which I believe will ultimately be the worst combination of the old Soviet Union and Huxley's Utopia. He has the attitude and arrogance of a king, with the leadership abilities of a demagogue.

Although children born within the last decade won't realize it because this is their "normal," things are dramatically diffferent today, and they are likely to get even more so in the months and years to come. We are witnessing an era marked by gross disrespect for the preborn, the very young, the elderly, and the peacefully patriotic. We are seeing continual diminishing of our right to free speech, freedom to peaceably assemble, right to dissent, right to protect ourselves, right to own and do as we wish with our own property, not to mention the right to life itself. A complicit news media distorts the truth to foster revolution. And the attacks against our freedoms have come from both sides of the aisle. 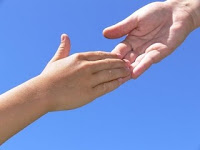 As people grasp for hope in increasingly difficult times, it is continually being pulled further away from us. One 'hand' doing the pulling are atheists.  Instead of being simply a personal choice, atheism as a movement has become more agressive, with its often nihilistic proponents initiating innumerable frivolous lawsuits against anything associated with Christianity (but oddly, virtually never against Islam).

Recently some have begun proselytizing their non-faith to the point of following the example of homosexual activists and trying to popularize it in movies, with TV sure to follow. On the other hand, our churches - the final bastion of organized hope - have been so deeply undermined that many are all-but-empty, and the preaching from many pulpits has become so radically separated from their world-changing founding document - the Holy Bible - that people are either flocking to some churches because they pander to man's weakest traits or they are running away from them because of their blatant fraudulence.

I'm undoubtedly going to ruffle feathers here, but if a church grossly violates biblical principles by redefining biblical doctrine, it should not even be called a Christian church. That applies especially to those denominations which cherry-pick the particular verses that can be twisted to a completely different meaning from their original intent, and those that ignore the Bible completely as the authoritative source of doctrine and information regarding the faith. 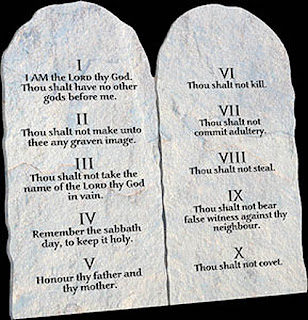 I know some readers are chomping at the bit to challenge me. "What do I consider as true biblical doctrine?" they're asking. My response would be that Christians should be following the Ten Commandments of the Mosaic Covenant, and the so-called "eleventh" commandment of Jesus Christ; "Love the Lord your God with all your heart and with all your soul and with all your mind.' This is the first and greatest commandment. And the second is like it: 'Love your neighbor as yourself.' All the Law and the Prophets hang on these two commandments." (Matthew 22:36-40).

It must be noted, however, that the Commandments were given to make us aware of our sinfulness before God, and that each of us is flawed, violating one or more of those laws either in our body or our thoughts, all of which are accountable before Him. To God, there are no greater or lesser crimes; all offenses are punishable by death, because a perfect God cannot tolerate imperfection; and as any thinking person will admit, a little disease (sin) soon spreads and contaminates the whole body. And because we are "faulty," and cannot free ourselves from the ultimate penalty, the Father offers us a means to save us from eternal punishment. Christ Jesus came to provide that Way to escape.

Christians, by default, should be bound by the New Covenant which is symbolized by baptism in Christ, because it was His sacrifice on the cross that provides salvation for us. For those who don't believe, nothing I say will convince them. We could have endless discussions on biblical doctrine and religous philosophy, but this forum is too limited, and I'll be the first to admit I don't have all the answers. God provides an option, but each of us chooses his own path. My real concern is that many are willing to believe, yet are confused by clever wolves in pastor's clothing who twist scripture to twist minds.
There are now, for example, so-called mainstream "churches" that are attempting to gut the concept of the Holy Trinity; for example, abandoning the concept of God the Father. As the Father image is the superior aspect of the Trinity, the attempt to minimize or remove Him from the equation is nothing less than an attempt to destroy the faith at its very foundation, and those who preach such blasphemy from the pulpit are worse than mere liars.

But this all fits in with a larger plan initiated by the communist party that has been in effect for a long time. Concerning the Church, their goals were:
27. Infiltrate the churches and replace revealed religion with "social" religion. Discredit the Bible and emphasize the need for intellectual maturity, which does not need a "religious crutch." 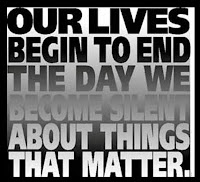 28. Eliminate prayer or any phase of religious expression in the schools on the ground that it violates the principle of "separation of church and state."

This plan was exposed back in 1963. Look at it, and then look around you. Has it been successful or not?
As I noted earlier, we each choose our own path, even if others limit our choices. Too many of us have either remained in the dark or silent, and the enemy isn't just at the gates, they are well within the gates. Our choices are now narrowing between life or death, prosperity or poverty, peace or war, courage or cowardice. Make your decision soon, or someone else will make it for you.
Posted by Chuck Teal at 10:56 AM