Ever since George Orwell's prophetic and dark novel 'Nineteen Eighty-Four' came out (in 1948), the words "thought police" have never been far from the lips or pens of those who are deeply concerned about the rise of tyrannical government.

First used to symbolically represent the inner workings and global ambitions of the former Soviet Union and the KGB, the phrase eventually came to symbolize the unending quest of tyrants and government mega-bureaucracies for the means of absolute control over human behavior. Orwell realized, as Soviet psychologists before him, that the surest means of behavioral control is via stimulation of deeply embedded fears and the restructuring of a person's sense of reality. The former is easy enough, once you cue in on the subject's deepest dreads.  In the latter, if you can convince a person that what he sees is what you want him to see instead of what is physically there, you have created an unshakable slave who will follow any directive because he believes whatever you tell him - regardless of reality. As might be expected, this is more easily accomplished when the subject has no idea they are being manipulated.

In fact, a new show on the Discovery Channel, appropriately titled Deception with Keith Barry, shows just how vulnerable the human mind can be to expert mind manipulation. Watching Barry almost instantly - and dramatically - change peoples' behavior without their even realizing it (and without him even breaking a sweat) is disconcerting in the extreme.  Fortunately, Mr. Barry does it in the interest of education and entertainment. However, a lot is being done daily to billions of clueless people around the world, with a more nefarious and clandestine purpose. 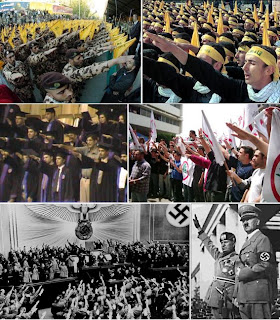 Now apply modern techniques of psychological manipulation, amplified by technology undreamed of in Stalin's day but with similar techniques: indoctrinate it through a complicit educational system, encouraged and reinforced daily by a mass media which develops the message for enthusiastic absorption by the unwitting subjects, and utilize mass communication (including social networking) to spread the message globally. Voila; you have all you need to produce a race of mind-numbed young zombies, with the advantage of having them more-or-less functional, and convinced they are the best and brightest; and virtually nothing will dissuade them from their subliminally-induced view, not even cold, hard facts and evidence. If you get children started on the "correct" course early enough, they will quite often be committed for life; it all depends on who is doing most of the teaching. Curiously enough, even the Holy Bible warns of this fact.

For more than a generation, American schools have been steadily deconstructing virtually all knowledge of every positive aspect of our historical past, while reinforcing every negative aspect and experience. With the virtual absence of instruction on American civics, most Americans today have little idea of how the government actually works, let alone how it is supposed to work.

Enter the Thought Police. Nearly everywhere you go, especially in cities of any size, you can expect to be on-camera somewhere: at the ATM, in the grocery store or gas station, at the bank, in or on government and corporate properties.

Government now has not only the capability, but the distinctly increasing inclination and ability to spy on virtually every aspect of our lives; through our telephones, our electronic financial transactions, and our social networking. And a truly aggressive police snoop could even invade our most intimate moments through our walls, and in what used to be our personal lives.

The latest incarnation of Big Brother technology has to be the Future Attribute Screening Technology (FAST). Utilizing a combination of software and hardware ironically named MALINTENT, government truly gains a method to "fast-track" detection of apprehension (nervousness, anxiety, fear, etc.) in not only enemies of the state, but of any odd assortment of "apprehensive" people who may have myriad other problems on their mind as they pass through the mobile screening room.  The system is being hyped as a less intrusive way to screen crowds at sporting events, political rallies, and the like. How long will it be, in the the hands of a real Big Brother government, before the system is trucked from neighborhood to neighborhood, town to town; screening entire populations for "enemies of the State?"

Combined with a policy of "indefinite detention," the next words of shock you hear from the person "apprehended" for "malintent," may be the last words heard from that person by anyone.
Posted by Chuck Teal at 9:39 PM