Those few who read this tacky little blog have probably felt certain that I'm just a few bricks short of a full load. Sorry to have to tell you, but at some point, you really have to open your eyes and your mind, and look at the the evidence. 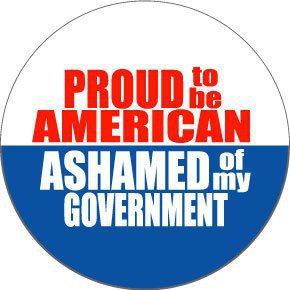 It is time for America to have a serious discussion: At what point do citizens of a supposedly free nation have a duty to exercise the right of resistance to tyranny?What line must be crossed? And if they do so, how? After all, unlike radical Leftists or Muslims, for example, resistance is difficult for a morally-based people. People like myself who do not want to violate our conscience, surrender our humanity, morality, or what little sanity we may have left, nor want to alienate ourselves from our God have a much harder time resisting institutional evil than do our enemies, the destroyers of liberty. Unlike them, we don't want to attack the innocent, oppress the decent and hardworking people, or become terrorists. So what do we do when the world is turned inside-out? When tyranical regimes reach a particular level of entrenchment and their willing accomplices and supporters attain a certain critical mass, all the accustomed legal recourses become not only ineffective but become countereffective, because the legal mechanisms that citizens use to complain are used by the government to invade the privacy of the individual, and may become weapons to use against the complainers.

Last Thursday in a 3-2 decision, the Indiana Supreme Court ruled that citizens have no right to resist if cops illegally enter their home.  Such a ruling would ostensibly give any rogue or socialist-leaning cop protection against a home invasion. If such a ruling is allowed to stand, other states - or the POTUS  - will inevitably pick up on it because government that is not constrained by morality or the people will always seek greater power, autonomy, and immunity from its actions.
Just so you don't get the idea context doesn't matter; two days earlier, the Indiana justices ruled that police were justified in entering without knocking if the circumstances justify it, such as a domestic disturbance with an implicit or explicit threat of violence. I don't have a problem with that. What I have a problem with is the lack of penalty if the cops are wrong, or especially if they do it for illegal purposes - or, say it is a cop busting into his ex-girlfirend's home.

But just so you don't think this is an isolated case (hey; it's just one little state...) The Supreme Court of the United States, in an 8-1 decision, decided that it's legal for cops to break down doors and search a home if they suspect evidence might be destroyed while waiting for one of those silly little warrant thingies. If it were a case of personal jeopardy I'd have no problem with busting the door; but in this instance it was because the cops were on a drug stakeout and smelled pot smoke (as in they were smoking it). What makes this even worse, is that Ifind myself agreeing with the only dissenting Justice; Ginsburg!

Chasing trouble.  A month ago, Glenn Beck warned (and I posted) that socialist SEIU exec Steven Lerner was plotting to attack JP Morgan Chase by planning mass demonstrations against the banking giant, and by encouraging tens of thousands of mortgage holders to default on their loans.  According to Lerner's own words, the operation was planned "sometime in early May."  Apparently, "Operation Chase" has begun.  Four hundred protesters recently disrupted Chase's stockholder's meeting in Ohio. The chants were all about the bank's foreclosure policy.

Again, I find myself in uncomfortable territory. I don't have any love for banks, and I don't want to see people put out of their homes. However, every so often reason gets a grip on my brain, and damn the torpedoes. Banks do provide, for a price, the opportunity for people to pursue their dreams. However, those dreams must be realistic, and within their ability to repay - at least under what we used to know as 'normal' conditions. That means when you take out a loan, you need to be reasonably certain you can repay the bank loan. I'm not the sharpest tack on the bulletin board, but anyone who believes banks aren't in it for the money is even dumber than I am.  They expect, and are owed, the amount the borrower promised to repay. If the rate is too much, don't take out the loan.

I suppose it's pointless to think that most of the crowd of outraged mortgage protesters are probably either renters or welfare recipients, or (in keeping with common practice among the Left's "spontaneous" protests) street people paid to be there, holding signs they probably don't understand and yelling slogans they have rehearsed.

Elswhere on the organized labor front (and it is a front, for a sophisticated political crime machine), the head of the AFL-CIO recently admittedto a live audience they were "somehow" stealing their opponents' emails and going through their trash for information to use against them.  So far, no law-enforcement agencies have come forward to prosecute, or even investigate, these egregious actions (although the Left was very loud in their accusations against Republicans for the very same things). 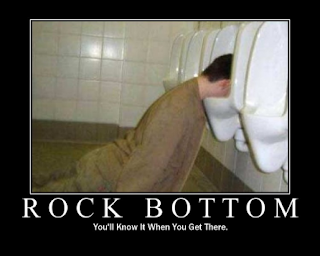 All this reminds me of a very important fact of life: Legal doesn't necessarily equate to Justice. Every tyrant has used the cover of law to exercise raw power over their people. Not only has President Obama  alienated us from our closest allies, he has been systematically undermining our legal and legislative systems. He has installed "czars" ("commissars") to oversee gargantuan bureaucracies that continually intrude deeper into our private lives, and he is working to make the role of Congress irrelevent.

Law that does not treat everyone equally is the tyranny of social class. Law that is used to undermine our national security is treason. Our world is becoming unrecognizeable from what it was only a few short years ago. Time to repair the damage is quickly running out, and there will be no "cavalry" riding over the hill, as the United States has done for other nations in the past. If Americans don't get our act together with a cohesive strategy and courageous action, and if God doesn't ignore all our pitiful attempts to shut Him out of our lives, the future will be dark, indeed.
Posted by Chuck Teal at 12:32 AM