A view to the future 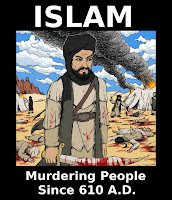 Predictably, it didn't take long for the euphoria in the civilized world over the death of Osama bin Laden to give way to the hand-wringing and second-guessing over America's role in the demise of this mass-murdering maniac. And of course, those closest to him are condemning the United States in general, and president Obama in particular, for offing him without benefit of trial.  But in the course of time perhaps it is only natural for serious contemplative thought to set in. Interestingly, the Left has complicated its normal routine of criticizing ostensibly conservative (e.g., military) actions because this time, it is their own man who gave the kill order; while simultaneously vying to see who can give our enemies the most information on how the mission was accomplished. In fact, it is being reported that some of the SEAL team members involved are now worried about possible terrorist reprisals against their families.
But there is another aspect of this that needs careful consideration. Since the overwhelming majority of Americans profess some sort of religious faith, how does that faith deal with the event; how does it - or does it attempt to at all - justify the moral imperative of executing someone like Osama bin Laden?  If the Church doesn't explain the biblical implications of major world and cultural events, how much more difficult is it to ingrain God's preeminence not only in our personal lives but in the larger culture? After all, doctrine is essential, but so is the context which makes it relevant.  In any event and virtually every context, I believe our individual faith will take on an even greater importance in our lives in the months and years to come, as we grapple with the unravelling of the world we knew.

Yeah, Chuckie-Downer is at it again. But more so than any time in my life, almost all the signposts point in the wrong direction. It is as though events were all converging and trying to crush us, and there's nothing we can do to stop it. You know; like that whole apocalypse thing that gets so many people acting crazy. I'm thinking "crazy" will be an integral part of the apocalypse; I'm not a "rapture-watcher," but only the spiritually and intellectually blind cannot see something big is happening around the world.

Some of the signposts are subtle, in that you might not make anything of it if you didn't bother paying attention: things like our most unpresidential President, who campaigned on being "the most transparent administration in history, not so suddenly becoming leader of what is perhaps the least transparent malAdministration in our history. The only things this bunch seem completely open about are our national security secrets (and those of our allies), the taxpayers' wallets, and our borders.

Other indicators are the growing coarseness and dissonance in the culture, as I've noted in previous editions of this tacky little blog. From random acts of violence, to the disparagement of our national symbols by those who should be helping to teach respect for them, and of course, the ongoing threat of terrorism, life in these disUnited States is rockier than ever before. And it's likely to get worse before it gets better. 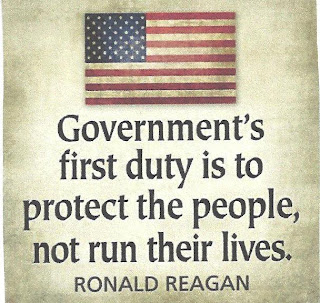 There is also the little problem of not being able to trust what used to be respectable institutions, including news agencies that we depended on to inform us of events the teachers who have so much influence in our lives (whether we realize it or not), and the leaders who direct the course of our lives through regulation, taxation, and intimidation.

When an entire society becomes unable to trust those people and institutions that once formed the bedrock of their existence, that culture itself becomes a type of endangered species. We've been driven to a point in our national existence where we cannot trust what the "experts" teach us, what the reporters are telling us is happening, or what our leaders are doing to us behind our backs.

I believe we may be headed toward a sort of feudalism, with a ruling class of elites at the top of the social pyramid who go to the best schools, hang out with the most influential people, and who stand to gain the greatest wealth by way of manipulation of government regulations and access to the "back doors" of industry, finance and corporatism. They are, (or will be) protected by a military and police system that dominates the ordinary citizenry, watching their every move and terrifying them by making extreme examples of those who rebel against the system.

Of course, at the bottom of the pyramid, lies the "everyman," which are split into two major categories:  on the one hand, you have (and absolutely need) the average working stiff who makes the whole thing actually function - the garbage collectors, the plumbers, the builders, the burger-flippers, the accountants, the truck drivers, etc.  They will be allowed just enough subsistence to keep them plodding on, working to support their families, but increasingly restricted from the liberties most of us older folks knew when we were young.  The illusion of freedom will be maintained just enough to keep the already busy workers distracted by a combination of entertainment and obligation.

On the other hand, you have the dependency class: the timeless "victims" who have milked the sentiment that results from falsely-inferred guilt against the working portion (typically based on racial or cultural differences). These products of the Cloward-Piven strategy are used as political leverage to keep the ruling class in power by the perpetuation of government goodies, which are all borne on the backs of - yep - the workers.

I realize virtually no one reads this stuff I put out, and it gets frustrating. Myself and others like me truly worry about the future of our country and our families. We butt our heads against the twin walls of apathy and sensory overload. But unless Americans take back our culture of inclusiveness (and make it better and stronger than ever before), we will certainly fall into that "dustbin of history" which the communists of a generation ago bragged it would send us to. I urge you to re-examine your faith, your heritage, and your personal motives, and decide which road you want to travel to your destiny.
Posted by Chuck Teal at 12:31 AM

Email ThisBlogThis!Share to TwitterShare to FacebookShare to Pinterest
Labels: bin Laden, the Church