Only the severely ignorant cannot have noticed a coarsening of Western (for young victims of the public education system, I don't mean old western cowboys) culture in general, and in particular overall American society.  Of course, this isn't simply a national phenomenon; there has always been an element of uncivility - bordering on savagery - running rampant somewhere in the world at any given moment. In fact, contrary to those who believe humans are innately good, most people everywhere are pretty miserable creatures to be around, unless they have been influenced by mitigating forces such as a civilized religion or a social environment that promotes cooperation and congeniality. Simply speaking, we are not naturally inclined to be selfless, and trust can wear thin pretty early in life unless you're in a nurturing environment.  But America had been a particular bastion of self-restraint, generally speaking, until the beginning of the 1960s. And the trend has been climbing upward ever since. 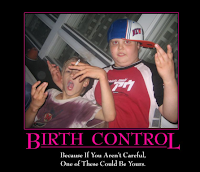 In case you're wondering, I'm not just talking about the increasing occurrence of simple rudeness that is overtaking many communities, nor the overt sexual pandering used to sell products, services or programs.  I'm not even referring to the legions of young teens and pre-teens who show no respect for their elders, use language that would startle a drunken sailor on shore leave, and seem to think acting like a total jerk is somehow being mature.

No, I'm concerned about the unthinking disregard for human life itself.  There is a growing segment of brainwashed boobs who show more concern for trees, birds, and bugs than for their fellow humans. While those certainly have their place in the chain of life, and there are certainly environmental disasters to be dealt with (and prevented), let's be honest and cut through their hypocrisy; too many people have no regard for their fellow humans who don't share their particular hyper-environmentalism or (in many cases) their disdain for personal hygiene.

These decultured dolts have typically been brainwashed with rhetoric that follows roughly three generalizations:
1. humans somehow evolved from primordial pond scum, so they have no intrinsic value;
2. everything humans do is bad for the environment - although they seem only truly concerned with America and Great Britain as major environmental corrupters, and never seem concerned with the truly massive environmental travesties commited by Russia, China, India and other (generally socialist) emerging, polluting, economic powerhouses; and
3. the Earth would be better off without (Western) humans; those same humans who incidentally brought light, sanitation, advanced medicine, ease of travel and commerce, instantaneous communications, computers, plentiful food supplies, clean water technology, clean energy (hydro and nuclear power), and rules of civilized behavior based on mutual cooperation to the entire planet, along with a plan for assured independence balanced by a sense of  personal responsibility rarely experienced in world history.

While the world has gleefully taken full advantage of all these offerings (except the last), a cadre of dedicated elitist dismalists have continuously attacked us on every front because of that very precious gift of personal liberty which threatens their insatiable yearning for privilege, control and conquest.


By this point you'd probably like some examples of what has me so bothered.  Very well. It was an interview with a popular woman pundit in formerly-Great Britain. During a recent talk-show panel discussion, respected (?) advice columnist Virginia Ironside replied to the question, "Can abortion be a kindness?" by answering, "If a baby's going to be born severely disabled or totally unwanted, surely an abortion is the act of a loving mother."  I could almost (uh...nah) allow her weakly-feigned compassion excuse, except for the "unwanted" remark, along with another claiming no concern over killing "a couple of cells."  She is essentially saying that her own subjective sense of "horror" is more important than a baby's existence.  This woman has somehow made it through sixty years of life without a clue of what life actually is.

Many if not most of those on the Left have a similar low view of human life. They will protest the cutting of lumber or a butterfly's habitat as loudly as they will lash out against any attempt to curtail Planned Parenthood's grotesque revenue stream. In their hypocrisy, they never seem to consider that, if humans are so terrible, and they are human, why don't they simply commit suicide? Their one-sided argument isn't really much different from the Islamic mullahs who coax immature or brainwashed Muslims to blow themselves up, but never seem to get around to martyring themselves. I guess someone has to ruthlessly rule the survivors.
Not that you're interested, but here is my own 3-point thought on human life:
1. We are not an accident of nature, we are a conscious creation by God.
2. We have a purpose in life (although most of us will never fully realize what part we play in His Great Plan). Therefore, we have intrinsic value, at least until we prove ourselves otherwise by our actions and choices. And related to this point,
3. We bear responsibility for our actions, and may suffer consequences for our choices.

In case you think I'm being vague, I'm not in favor of abortion, especially when it is done purely for reasons of personal choice, and when it is paid for by our taxes. Now, I don't want to see a girl or woman suffer from a rape or rape-associated pregnancy, but such cases are never the fault of the baby. And the vast majority of abortions are done not because of rape, but for "convenience."

Abortion advocates gained an early victory by their clever use of language. By constantly using the term "choice" rather than "abortion," they have implanted the idea in many people's minds that this is a debate about personal freedom. However, they never want to talk about their denial of the baby's most basic freedom - life itself. And they never want to confront the fact that to allow a child to be born is also a "choice."  So, yes; I am pro-choice. But my choice happens to involved a breathing baby with incredible future potential.

Public education in America and around the world has increasingly focused on promoting a tacit acceptance of abortion, homosexuality, unrestricted sexuality and other less-than-practical social conditions that are wrought with dangers. Each year, the agenda is pushed toward ever-younger target audiences of children held captive in centers that have become more indoctrinational than educational.

Indoctrination isn't limited to sexual matters, of course. And there is a sinister and all-inclusive agenda in play by the progressives (or you may call them liberals, socialists, marxists, radical Leftists, etc. The upcoming mid-term election may well be the last one in which the people have any say in how our government is run, and frankly, we've been being slowly cut out of the process for a very long time. Every generation is getting less educated in American civics. We're distracted by meaningless sports, mindless and demeaning comedy, and drama designed to change our thinking toward accepting their worldview - or at least, the worldview they want us to accept.

America has allowed itself to be co-opted by people with a globalist, elitist view; people with very little actual real-world experience or 'sweat equity'; people who have generally led sheltered lives where they had too much time on their hands, and too much exposure to corrupting influences (like most universities).  We have been weakened morally, economically and militarily - we may have the best toys, but the upper command has seemingly lost its primary duty - the protection of America and our people.

We can stand around and wonder what tomorrow will bring, or what our great-grandchildren will think of what we did to ruin their lives, or we can each do whatever great or small thing we're able to influence that future for the better. Who knows; perhaps something we say or do will ignite the flame that saves the world from another Dark Age or Holocaust. Or, by our silence, we may provide the key to Pandora's box, inviting a vision of Hell that mankind has yet to see and will eternally regret.
Posted by Chuck Teal at 11:26 PM