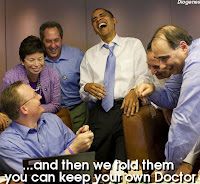 Evidence is mounting that America - at least the America we have all grown up in - may soon be lost to us for the foreseeable future if we don't seize the moment...and the moment is approaching rapidly. As Obama continues to move us closer to dictatorial rule, we are seeing that our votes will have virtually no effect on the direction of this country.  The upcoming mid-term election may be the most important in recent memory, simply because if we don't get our act together, enter the booth, and choose wisely, we may never get another chance for our vote to actually matter. We've been watching the increasing irrelevance of our Constitution as our elected representatives ignore and circumvent it, we've witnessed ample evidence over the past couple of years of voter fraud, and there seems to be an incredibly unbelievable (I mean really, hard to believe) inability to get absentee ballots to the very best of our citizens (who, coincidentally, overwhelmingly vote conservative) - those in uniform; the very people who put their lives on the line in overseas combat zones. That there isn't extraordinary effort to see that they get to exercise their right and responsibility is a national embarrassment, and is itself a national threat to our system of government, in my humble opinion. Thanks to public outcry, military absentee ballots in New York State are getting an "emergency" 9-day extension of the deadline for accepting them in advance of the November 2 election.  Isn't that special of our precious election commission? 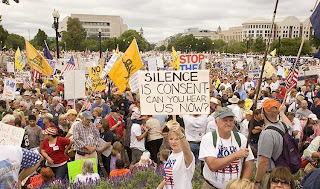 Yes, there is a growing movement of Americans fed up with the leftward movement of the country, which has accelerated to near light-speed since January 2009.  The yearling Tea Party movement has raised the consciousness and the hope of millions of Americans and put many of the career politicians on notice.  Still, we mustn't get a false sense of security just because of the growing rancor against the arrogance of many Demoncrat and RINO incumbents. There is still a sizeable hard-left base which experience shows will not change their vote even in light of a preponderance of evidence that they are incompetent, antipatriot, or just plain out-of-touch.

All this is to get you seriously thinking about casting your vote next month. We cannot afford to take our eyes off our leaders any longer. They have invalidated our trust in them. It is vitally important that you learn about your own candidates, think carefully about the direction you want this country to go, show up at the polls and VOTE. Then go out to dinner afterward; you deserve it for actually doing your DUTY as a citizen of the formerly-greatest nation in history. 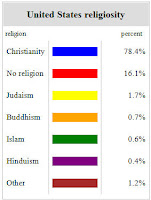 "God knows."  Yes, but how much do His people really know about Him? That was the question asked - sort of - in a recent survey which tried to evaluate how much we know about religion. Apparently, American atheists and agnostist know more about the general topic than professing Christians. Take heart, fellow believers; the survey was not a comprehensive test of doctrine. Still, my own experience is that many who profess faith really have little or no knowledge of what or why they believe. While there are many denominations and interpretations, it would be nice if - like our ancestors - we actually understood and could agree upon the basic precepts of our bedrock beliefs.
Hey, you're not the baby-sitter!  A New Hampshire man Johnathon [sic] Irish, had his fiance's newborn child taken by the police before the mother could even get that initial. very important bond with their daughter Cheyenne. The reason? John Irish is a member of Oath Keepers, a group of military, public service professionals (police, firefighters, etc.) and patriots who reaffirm the oath they took when they became soldiers or whatever, to "protect and defend the Constitution of the United States against all enemies, foreign and domestic."  They are not a militia group, which was the basis of the accusation against Irish.

Authorities stated that the baby was taken because of allegations of child abuse, but there is no announced substantiation of such charges.  The infant was eventually returned after a national outcry.  In the absence of any evidence of wrongdoing regarding the child or her mother, there appears to be no legitimate grounds for what amounts to legalized kidnapping solely because the father is part of an organization dedicated to nothing more than faithfulness to the US Constitution, which is a lot more than many members of our Congress are doing.
Posted by Chuck Teal at 12:46 AM