Insanity is a difference

It is once again the political election season. As usual, a primary ingredient of any serious campaign is for the candidate to be perceived as wanting to "make a difference."  Unfortunately, all too often making a difference - politically - leaves a need for clarification (and truth), and usually leaves a lot to be desired in its effect on society. 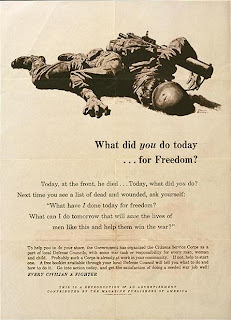 Any time you have various groups and mindsets, you're going to have disagreements.  America has always been a land of disagreements, and sometimes those differences of opinion can be not only divisive but downright deadly.  After all, only about one-third of American colonials supported the Revolution. Another third was supporting the British, and the remainder couldn't have cared less who won. The Civil War may have increased those ratios as the nation finally confronted its polarization over the issue of slavery.

Certainly there have been pauses in our animosities. Americans generally tend to come together - eventually - when we are attacked by outsiders; think of the two World Wars.  Yes, there was a significant level of dissent during the First World War, during which President Woodrow Wilson - America's first true dictator - had tens of thousands of Americans beaten and/or interred who disagreed with his war policy, and little over a decade later there had been thousands of German-Americans attending Nazi rallies in places like Madison Square Garden in the 1930s, but within a few years the majority of able-bodied American men and women rallied to fight the Axis powers, because we rightly perceived that all of us were under attack.  Korea was a somewhat more splintered factor because so many were still war-weary from WW2, but the public generally supported the troops.

That changed when the Vietnam conflict escalated under Lyndon Johnson. By then a well-oiled machine of political dissent had been created, a machine with but one goal: to weaken America by all means possible, bringing it ultimately to its knees, and possibly to its destruction as a free and independent nation. While there have been some true masters of social chaos, it has largely been a collaboration between college-bred Marxist radicals and a news media heavily infiltrated with socialist-leaning editors and senior reporters that has set the stage for the fracture of America; and that play goes on to this day.

Typically, the the two top divisive topics that play into the hands of politicians and provocateurs today are no different than they ever were: race and economic status. In these two areas, it is the Democrat party that really shines, in an emminently evil way.  While campaigns never seem to end in these times, during the runup to the elections the gloves really come off, and it becomes easy to tell the difference between politicians running on principles (mainly due to their scarcity), and those who will sink to any level - including outright, despicable lies to smear their opponent because they haven't got an honest, logical or workable leg to stand on. 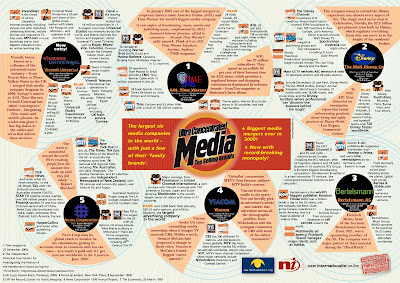 But the undisputed masters of social manipulation are those in the entertainment and news media. The news can change public awareness by "misinterpreting" or ignoring events, and the entertainers change public opinion by reinterpreting events to alter the audience's perception of characters and those events.  Too few people are aware of how easily they might be played; and because people naturally tend to rely on news as truth, and because none of us can be everywhere doing everything with everyone, anyone can eventually be swayed by an overexposure to a particular point of view, especially when it is done by experts who make a very good living by doing exactly that.

All this being said, we may be at the most critical point in decades for the very survival of our nation, at least as the bastion of freedom and hope that we have been familiar with for our lifetime.  Most Americans can't imagine a dramatically different lifestyle that would inevitably result from the major transformation of our government envisioned by the mega-Progressives now in charge of our government.  For many decades, the number of American citizens who bother to vote - and even fewer who actually think about their vote before they cast it rather than reflexively voting for the incumbent - has dwindled election after election, until now we're down to a pathetic average of 38% taking part in the process. 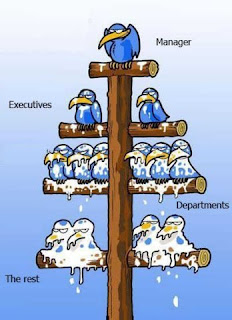 The question each of us must ask ourselves is: Who do we want to be?  Because it isn't simply a matter of "It doesn't matter what I do."  Whether we want to or not, we are part of history each moment of our lives. What do we want our lives to stand for?  How we react in these trying times won't just affect our future, it will affect the future of our children and grandchildren. What will be the legacy we leave them? Will it be the continuation of the possibility of doing great and noble things, of creating a better life with the sweat of our own brow and the creations of our own minds? Or will we continue to be dumbed down, to be slowly, almost imperceptibly robbed of our liberties robbed of our liberties, to be made increasingly dependent on the tender mercies of an impersonal leviathan government which tells us that poverty is necessary for us, while the elites live the cloistered 'good life' at our expense?

It would be disingenuous to deny there are things wrong with this (and every other) country. But I would argue that many of those problems have been created or promoted by progressives for a very long time.  So, do we continue down this dead-end road, or do we try to turn things around, to be the sort of nation envisioned by our Founders?
Have you given any thought to the America we were created to be, and the Amerika we are becoming? Are you planning to vote in this upcoming election? Are you even registered?  Do you even care that we are now being led by elitists who really don't think we're very smart?  I'm not going to tell you who to vote for. I'm simply telling you that each day carries with it choices to make; a personal responsibility for the future; ours, our kids', our country's.  Choose wisely.
Posted by Chuck Teal at 11:40 PM