I tend to think that Truth has been an elusive element for virtually every politician (and person) who has ever lived, with the exceptions of Jesus Christ, George Washington and Abraham Lincoln (and I have doubts about the last two). That being said, I can't think of another President, let alone any politician, who has allowed Truth to evade his lips more than Barack Hussein Obama. Of course, it could be simply that he's a lot dumber than millions of fellow Demoncrats and Progressives think he is. But whether he's trying to change geography ("I've been to,  what... 57 states; and I think I've got one left to go."), or explain  how his pre-pubescent father served in World War 2 (when he was born in 1936), to his steady diet of political misstruths Barack has given us all a new interpretation of "truth" and "transparency."
But just think of the lessons Dear Leader is trying to teach us poor, dumb, non-Harvard hicks. He and Michelle reportedly don't give their own daughters Christmas or birthday presents (although they do take the children on exotic vacations) and they only give them a dollar a week for chores. Perhaps this is to teach them that magnetic spirit of Christian "social" generosity they learned in Rev. Jeremiah Wright's church for 20 years; that it's more blessed to expect the government to give you money it takes from others, than to give your own money away. It's probably a way to teach us all how life will be under full-fledged socialism as well, although I can't see the millions of union members who paved his way to power being very pleased with him when the collective feces hits their personal fan. 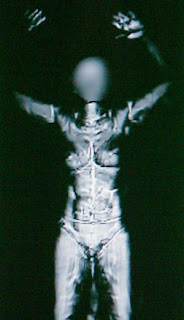 Smile, you're on (very) candid camera.  While the president may be the most visible proponent of official dissembling, be assured that it is endemic throughout the government. For instance, it turns out that the images that those super body-scanners at the airport and other high-security facilities which can see your most intimate physical details through clothing have been kept on file, at least in some locations. At least one courthouse in Florida saved "tens of thousands" of high-resolution body scans, and you know it wasn't the only one. Now we're told that the devices don't record facial details too; but then, they told us they didn't save the images, either.

The greater lesson here is that we can no longer put any trust in our media, our teachers, or our leaders. the media has become largely a propaganda arm of the ruling party, the schools have been brainwashing our kids with socialism, and that last group has always invited wise doubt.  We cannot trust those whose duty used to be to educate us in truth. Considering that Jesus Christ - the Ultimate Truth - came to earth to set us free from the lies and deceptions, it becomes clearly true that we no longer know, nor too often, value, truth.

Speaking of pictures.  One of the coolest internet services to come along in recent years has been Google Earth, the global mapping program that will literally take you down to a front-door view of a rapidly expanding portion of the civilized world. The downside of this miracle of technology is that it lends itself to exploitation for a number of purposes, (yes, I'll say it) for good or for evil. One town in New York is now using the program to spot "illegal" private swimming pools that might have been built without obtaining the proper permits and, of course, paying the taxes.

It should without saying that this won't be the only invasive use of Google Earth. It's getting more and more difficult to remain independent and relatively unencumbered by a philosophy that requires the thumbprint of government on each of our foreheads.  Given the opportunity (which I'm sure is diminishing rapidly), I'd tend to build a home underground, just to avoid the prying eyes in the sky.

Dis-honor killing.  Muslim "honor killings" are increasing at an alarming rate in America as Islam continues its full-frontal cultural assault against us. A Pakistani man near Buffalo, NY decapitated his wife in February 2009 when she told him she wanted a divorce. Ironically, he ran an Islamic TV network that purported to fight Islamic "stereotypes."  Good job, there. 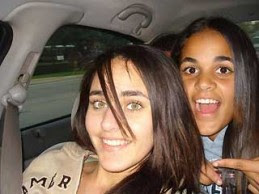 This weekend, Fox News goes where the lamestream media fears to tread, showing us once again the ugly side of Islam with a special report by Gregg Jarrett.  [By the way, will someone please show me the good side of Islam?] The tragic and brutal murders of Amina (age 17) and Sarah (age 18) Said by their own father, Yaser Abdel Said, are the current most-publicized incident of woefully-misnamed "honor killings." On New Year's Day in 2008, under the pretense of taking his daughters out to eat, he shot them both multiple times in the back of his cab and just walked away. 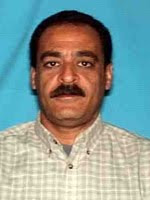 Said is still on the loose, and is wanted by the FBI. It is unknown if he is still in this country or has returned to his native Egypt. Curiously, the agency removed the phrase "honor killings" from its original wanted poster under protest from Islamic groups who claimed it "attached a religious motive" to the crime. Well, yeah; ya'think?  Incidentally, Yaser Said married the girls' mother when she was only 15 and he was 30. In hindsight, she thinks he might have married her to get his "green card."  Said reportedly had beaten, abused and threatened his wife during their 20 years of marriage.

I'll admit that I have little real understanding of Islam past the usual references to "72 virgins." Really; what happens after you've used up all 72...retreads? Steal someone else's unused virgins? And what, exactly, do women get out of Islamic Paradise, when they're told that their entire life must be dedicated to unquestioning and unhesitant slavery?

That aside, I cannot envision worshiping in a religion that requires, let alone allows a parent to cold-bloodedly murder his own daughters merely because they might be dating someone the father disagrees with (although there are certainly a lot of dads who'd want to take a baseball bat to the guys dating their sweet little girl) or "becoming too Western." And before you Christophobes give me the line about Abraham and Isaac; that was a lesson God provided for him and us, and He didn't allow Abraham to go through with it. In fact there are several instances in the Bible where God indicates his love for children and his hatred for those who abuse them.  But I am unable to find anything honorable in the Islamic "duty" of Islamic men to murder their daughters and wives for "honor" and offer their sons as "martyrs" for jihad. Frankly, that's a cultural gulf I'd rather not cross.

Lessons to take from this:

1. Be wary of foreign strangers who flatter you and push a relationship on you, especially if they aren't full citizens (regardless of religion, race or nationality).
2. If you are pondering a relationship, pay attention to how they speak about you and your family among their own family and friends. Are they respectful? Insulting of your culture? Threatening? Dishonest?
3. If they are threatening or abusive, get out of there! What, are you nuts?
Posted by Chuck Teal at 11:41 PM