When does paranoia become fact? 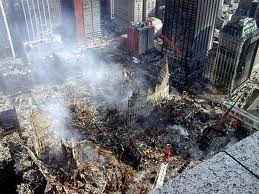 There has been an increasing drumbeat in the news recently about Cordoba House, the so-called Ground Zero mosque. New York City zoning officials have given the project their stamp of approval (and we know nothing gets done in the Big Apple unless money crosses palms), although the process doesn't end there (more money, more palms). But more questions have arisen, and more information is coming to light.

Why the sense of hostility, fear and paranoia that has followed this project? Well, let's hit a few (pardon the expression) "bullet points."
Charity begins at...overseas mosques?  It hasn't made the evening news yet (that I'm aware of), but American tax dollars have proven very useful for restoring some decrepit buildings; but in this case those buildings are mosques in Egypt, Iraq, and Tanzania. One of the mosques, the Amr Ebn El Aas Mosque in Cairo, is named after "the Muslim conqueror of Christian Egypt." 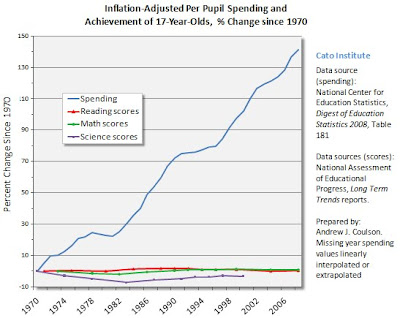 "These are not the lessons you're looking for."  That might be the retort from a Jedi-turned-rogue Leftist politician, if he'd been paying attention (or realized that we are) to the April 2010 Educational Transformation report from the leftist think tank Center for American Progress.  On his Thursday Fox News show, Glenn Beck pointed to the report's support for congressional cuts made to relatively inexpensive "niche" programs such as Academies for American Hsitory & Civics ($1.8M), We the People ($21.6 M), Excellence in Economic Education ($1.4M), and others, as found in a nice, neat little table on page 13 of the report. For all the unprecedented waste in education, these are the classes they want to cut? 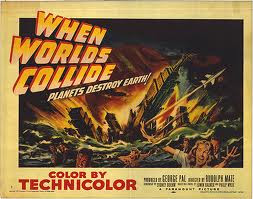 Get off this planet!  Stephen Hawking, the world's favorite supergenius, is (euphemistically speaking) taking the gloves off and boldly warning the people of Earth where we can all go: anywhere else but here.  He believes that events such as the Cuban Missile Crisis signal that man is near the end of his earthly existence, and believes we must abandon the planet in the next couple hundred years or face extinction. Hawking thinks we should head toward Proxima Centauri, a star system just a mere 4.2 light-years away - around 50,000 years with our current state of space propulsion technology. The fact that we essentially have no facts about what human-sustaining planet we might find there (somewhere) doesn't faze him; he's convinced that we can develop a faster-than-light drive like Star Trek's warp drive, and escape the eventual destruction of our planet.

Now for a small, infinitesimal dose of reality, brought to you by my own obviously less-than-genius mind. While Hawking, myself, and millions of other sci-fi fans imagine going where no man has gone before, the urgency of his warning leads me to a few warnings of my own.

First; although America has more or less led (or shared the lead) the world over the past 50 years in the race for space, we have now - under the amazing leadership of Dear Leader Obama - given to indefinitely pausing in our push for space travel technology, at least long enough for other nations such as Russia, India, China and the entire Muslim world "catch up."  We wouldn't want the rest of the world to feel envious of us, now, would we? That said, I wonder if those other nations, finally conquering the technology needed to escape these earthly bonds, will be willing to share with us as liberally as we have shared with them over the years.

Second; if the time of global crisis comes that forces us to abandon the Earth or die, who will get to choose who goes?  Obviously, competition for that final flight will be unlike any other in history, and if history has any influence, it's pretty likely that the flight would be stuffed with "special interests" like the politicians who would control the project and the 'fat cats' who would control the money and production. It would have to be a huge undertaking to allow a large enough segment of humanity to repopulate the (so far) unknown planet, and it's pretty easy to imagine that less than half the crew will be actual productive workers who would maintain the massive vessel.  One thing for certain: I hope whoever gets to go on the spaceship takes a lot of toilet paper.
Posted by Chuck Teal at 8:46 PM