It's the Independence Day weekend, and before I depress you, here's something to inspire you.  Rise Up! is a terrific and inspiring music video that is fast becoming the anthem for the Tea Party movement. OK; now, on to Bummerville.

I know, you've heard it all from me before; the Progressives are destroying the country, the education system is destroying the minds of the next generation, Islam is going to open a mosque in your front hall, bladda, bladda, bladda. Maybe you're thinking "He's making too much out of nothing, this will blow over after the elections, it can't happen here as long as I don't pay attention."

Sorry, snowflake; sometimes things are as bad as they seem, or worse. I've come to the conclusion that we have passed the 'tipping point', and things are headed in a truly evil direction.  Still, people would rather look the other way than start looking at the evidence.  Take, for instance, the rising tide of hate happening in this country, both racially and ideologically.  Despite the best efforts of many people, there are some who subconsciously amplify their own bad personal experiences and/or feed off the lies and horror stories of the hate-preachers among us.

Racism exists in every color, although in America the popular perception has been that it is the exclusive domain of white people. And there is history to support that contention to an degree, but in a kind of mocking, self-fulfilling prophecy, much of that history has been grossly distorted. Someone believes the lies and distortions they've grown up hearing; that hatred takes root, and they eventually perpetrate the same sort of terror and tragedy on those he/she has been convinced are devils, thus becoming a 'devil' themselves while convincing themselves they are the 'good guys'.

Am I wrong? So, then, how do you explain an attitude like the guy who spoke at a public forum advocating the extermination of white people? Or a rogue Justice Department that seems to feel that reverse racism is justifiable? The truth is that there are many who have done their best to overturn the work of Martin Luther King and others who put their own lives at risk to make things better. And they were largely successful. Over the past generation, while there are still and always the throwbacks, we haven't been the same jaundiced people that our grandfathers were or knew. As evidence, consider the sheer number of highly successful black sports and media stars, not to mention certain political figures. Yet there is an atmosphere of change that could potentially undo all the good will that has been forged over the past few decades. I contend that much of the prejudice can be laid at the feet of the Demoncrats and socialists/Progressives who have perpetuated a victim mentality that has destroyed families, communities, and hope for millions of black Americans (and that doesn't even consider the millions more who have been victims of abortion - no thanks to progressive Hitler-admirer Margaret Sanger).


Things could be worse?  Your President, Barack Hussein Obama, recently went off-teleprompter in Racine, Wisconsin, where he told an audience that "things could be worse" than the 9.6% national unemployment rate. As he stumbled over the good news that "at least it's not at 12 or 13 or 15%," he seemed oblivious to the fact that in the Racine job market, the unemployment rate was just a tad over 14%.  Perhaps he still has the same coach who must have told him there were more than 57 states, although I suppose that could be excused for someone not born(?), raised, or educated in this country.

No longer in "arms" way?  As if to acknowledge John Stossel's recent Fox Business Channel report that more guns equal less crime, the Supreme Court of the United States (SCOTUS), in a 5-4 decision, reaffirmed the Second Amendment right to own firearms. While gun opponents are not likely to give up in their deeply-rooted hatred of the individual right to self-defense (some cities are already drafting new laws to effectively cancel out the decision), the ruling does hearten those who believe in private gun ownership.

Honoring that independent streak.  As we prepare to celebrate our nation's birthday, it would be well to remind ourselves and those around us that the occasion is more than just another party opportunity.  Hundreds of thousands of Americans have given their lives to grant us the liberty to live our lives generally in the way we choose rather than being forced to follow the strictures of some tyrant. A mere one percent of our population has provided the fresh air of liberty for the 99% who have sacrificed little and (in recent decades) complained much. 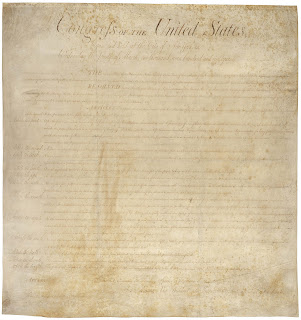 Yet it is becoming clearer each day that we have forgotten those sacrifices, and we have squandered our birthright by self-indulgence and apathy. Each day, we see our rights being minimized and threatened by our own leaders. While some are in denial, others are waking up to realize they have been supporting a political system that is actively working against our freedom, our prosperity, and which threatens our posterity.

As you celebrate the fourth of July - our Independence Day - remind your friends, family and strangers of how precious our liberty is; how fragile it is, and how endangered it is.  Liberty is a gift from God that is too often truly appreciated only when it is lost. Pray to Him who offers it, that He doesn't take it back.
Posted by Chuck Teal at 11:14 PM