If I couldn't laugh, I'd cry 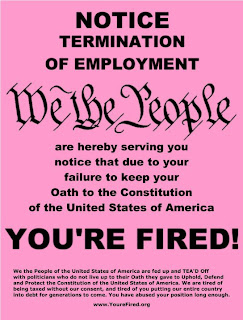 FLASH > breaking news: If you've been one of those folks who have belittled the "birthers" who claim Obama isn't a natural-born citizen of the United States, and therefore ineligible for the office of President, a clip has been discovered that has him telling a group of students (apparently in a Muslim country) -with his own lips - that he was born in Kenya.  Does it really matter? Probably not, because no one in the government is going to bring the charge against him, and the current rubber-stamp Congress isn't going to pursue impeachment, because they're all complicit with him. Hopefully, actual Americans who believe in our country will someday write the true history of this time, as a warning to the future.

"To the moon"...or not.  It has become apparent to anyone with any degree of discernment and rationality that while the Obama malAdministration has chosen to ben over backwards for all things Muslim, there is seemingly no room in it for committed Christians (although a conscientious Christian would have a difficult time serving such an ungodly master). Another hallmark is Obama's penchant for choosing the most spectacularly unqualified individuals for important posts well outside their area of "expertise". A signet of both of of these quirks is the appointment of NASA malAdministrator Charles Bolden, who recently went on record in Cairo with al Jazeera to speak about improving NASA's image in the Muslim world.

OK, stop laughing; it's true. According to Bolden, the president's desire was to "reach out to the Muslim world and engage much more with dominantly Muslim nations to help them feel good about their historic contribution to science ... and math and engineering."  Now, I understand that some mathematics were developed in Muslim countries, but I think their last substantive contribution was the numerals we use. And virtually all the science they know and use against us comes courtesy of Western science and technology (albeit with an occasional detour through Russia - they did invent the AK47).

So this president's directive for our future progress is to kill all space program initiatives, including the follow-on to the Space Shuttle (which will make us entirely dependent on the Russians), the return-to-the-moon program and the Mars program. Yes, this malAdministration's role in keeping the US at the forefront of technology will now rest on  the premise that America "not going to travel beyond low-Earth orbit on its own and that no country is going to make it to Mars without international help.

Seriously, if America survives this presidential nightmare, we have to look at ways to prevent our government from being undermined by overt fools and usurped by covert enemies. And we must find a way to restore a corps of journalists that only owes allegiance to integrity rather than political party. 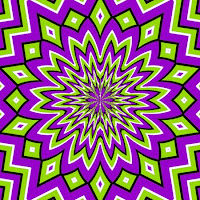 Did you know?  Life has gone on at a fairly lackadaisical pace across the Earth for thousands of years. Progress was slow.  Example; for as long as people have been living on the planet, we've only been able to see more than a few yards at night until about a hundred and thirty years or so ago.  Then came gaslight (and reflectors) and then electric light, and mankind has been on a roller-coaster ride of progress ever since. But in less than a decade, the speed of that ride has increased exponentially. Sometimes you just have to see things in the right perspective to get a whole new vision of reality.

But it isn't only in science that we've been caught up in a relative whirlwind.  Let's take political reality, for example.  For most of history the only folks who really knew the taste of freedom were those at the top of the social order (except for brief exercises in ancient Athens, the early Roman Republic, and ancient Israel.  For most of the past two hundred thirty-odd years we've taken our rights for granted.


Take freedom of the press. Newspapers have been the public record-keepers in America; while there has always been political bias they generally made great effort to document what happens in the society, and if they made a mistake, the more responsible of them (the modern New York Times, Washington Post, et al not withstanding) would publish a correction or a retraction. However, we now live in an age where when it comes to certain news, courts are ordering newspapers to purge their stories.  While judges may make the excuse that they are "protecting the innocent", there is great danger that important events and trends are or will be made to 'disappear'.  And that is how history is changed.

Of course, when it's your own name that gets dragged unfairly and publicly through the mud it's only natural to want to make the stories "disappear". However, wouldn't it be better to settle for (and insist upon) the aforementioned correction of the public record, rather than risk the possibility that American news organizations would go the way of the former (and future?) Soviet Union's newspapers/propaganda organs, which were reknowned by the Western intelligence agencies for changing history by purging stories and even doctoring photos to remove politically-incorrect persons and events from the public's knowledge? Unfortunatetly, this sort of censorship is not a lost art, as exemplified by the downplay and virtual absence of photos and positive press in the media (except for Fox News) of more than a million Tea Party members peacefully marching at the 9/12 rally in Washington DC last year, and the unholy counterpart of also hiding the faults of a corrupt government.

Animal Farm.  My previous rant touched on the resurgence of racism in America, albeit now coming mostly from the Black community. Lo and behold, more evidence has arisen in the personage of one King Samir Shabazz, a 'minister' in the New Black Panther Party, proudly caught on video loudly and publically advocating the killing of white people, including babies. It turns out that Mr. Shabazz is also one of the men caught intimidating voters outside a polling station during the last election.  As could be expected, the head of the Panthers did the usual two-step, defending the DoJs dismissal of the charges.

Speaking of which; it has been revealed (in legalese: "alleged") that the US Department of Justice now has a de facto policy under Eric Holder to not prosecute Blacks involved in hate-crimes against whites. This, naturally, negates the very concept of justice, and was such an affront to the Department that one experienced DoJ Attorney quit in disgust.

Human behavior is as depraved as it ever was, absent the self-restraining influence of Christianity and some other faiths. Time and again, experience proves this fact that - no matter the nobility of our intentions - we always eventually devolve in our treatment of one another. As the line from George Orwell's classic Animal Farm so succinctly puts it, "All animals are equal; but some animals are more equal than others."
Posted by Chuck Teal at 9:38 PM