Turn out the lights 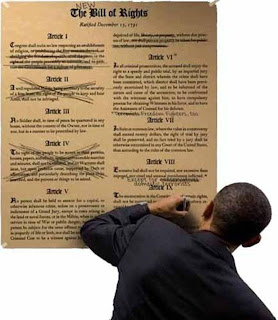 Senator Joe Leiberman, whom many Americans once believed stood for this country's values, is co-sponsoring a bill which would allow the president and federal government to shut down the internet. I find it curious that supposedly staunch defenders of freedom of speech would be so concerned with passing a law with the potential for dramatically curtailing...free speech.

The truth is that the internet has become the most personally-empowering form of communications in this planet's history. It allows - for better or worse - virtually anyone to find information or to say anything, to a potentially worldwide audience, instantly.  While there is plenty of offensive material on the net which you must choose to block, there is no other venue that comes close to the capability to also spread important news rapidly, and to have it archived for electronic eternity as well.

In another act of congressional chutzpah, the ill-named "DISCLOSE Act" (H.R. 5175) was passed in the wee hours of the morning by the House 21-206, with the help of two turncoat Republicans. The "Democracy Is Strengthened by Casting Light on Spending in Elections" bill is designed to bully conservative groups - including pro-life organizations and the Tea Party movement - into silence by exposing their top donors (initially) in a searchable database. Such a move would likely serve to dry up contributions from people afraid of government attention (and frankly, could you blame them?). How, exactly, is "democracy" strengthened by invading people's private right to choose whom they support? I may not like the idea of people sending their money to this country's enemies (foreign and domestic), but they still have a right to do it as long as it isn't being used to support or promote violence. [Truly, the hardest thing about being fair is to allow the opposition a chance to make their case.] Whether a just law goes after the receiver of the funds is another story.

Silence in the face of despotism is the domain of cowards and tyrants. Cowards fear to speak up, and tyrants use fear to induce silence, because the absence of vocal opposition sets the stage for the acceptance of de facto slavery, institutionalized terror and intimidation.

Not McChrystal clear.  By most accounts, General Stanley A. McChrystal is a hard-charging, capable, courageous, highly intelligent, effective Special Forces-experienced leader whom both US troops and Afghan President Hamid Kharzi deeply respect.  So when the General gets canned for bad press from - of all places - Rolling Stone magazine, you have to wonder at the various motivations involved. The trail crosses the paths of the general and certain aides, as they made comments to the reporter on the disheartening relationships between the US military mission in Afghanistan and the political players, including the ambassador. High-ranking military officers understand that they cannot publicly criticize the US civilian leadership, but that discipline broke down.

Because McCrystal is reportedly a social liberal who voted for Obama, perhaps he thought he'd get a back-slap and a wink from the stridently anti-(American)military publication. Instead he got bitch-slapped, because the Left knows nothing of honor; not even to honor their own. It would seem that the only uniform the Rolling Stone staff respects are Birkenstocks and scraggly hair.

To Protect and To Serve...Whom?  I clearly understand the need for police and other emergency services, and I know that the majority of them are decent, conscientious people. However, while there has always been police abuse of authority, there appears to be an increasing tendency for police to use hyper-aggressive tactics in unwarranted situations.  Take, for instance, the case of the "tazed", bed-ridden, oxygen-connected grandmother in Oklahoma, the paraplegic dumped from his wheelchair in the Tampa Police HQ. the unnecessary metal baton beating of a subdued individual in NYC, a helpless drunk in Utah and another in New Orleans, among many others. 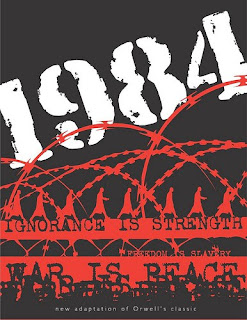 If this trend isn't disturbing enough, a dozen or so states (so far), including Maryland and Massachusetts, have enacted laws prohibiting recording police officers, even on public streets. So while the typical cop car dash-cam can provide evidence to convict you, if you were to tape a cop abusing someone, your own evidence would be used against you. Somehow, that seems a bit Machiavelian - or perhaps more timely, Orwellian. After all, it was George Orwell who prophetically wrote, "If you want a picture of the future, imagine a boot stamping on a human face—forever." (1984), and "All animals are equal, but some are more equal than others." (Animal Farm).

I'm not sure what's causing this upsurge in stormtrooper tactics. Possibly it is the result of a new generation of ego-centric but life-ignorant, public school-educated cops who have been indoctrinated with relativism and a lack of empathy or what used to pass for common sense. I don't know. There have always been bullies, but more and more of them seem to be finding their way into uniforms and seats of power.