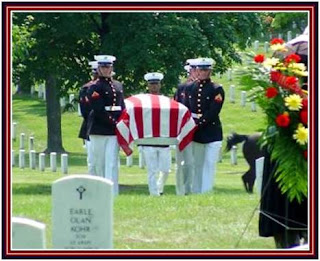 Happy Memorial Day!
Enjoying your freedom (or what's left of it)?  Thank him. And thank Him for such men of valor.
========
Have you ever looked around you and thought to yourself; "Did I just enter a parallel universe? Because nothing seems the same as it did yesterday."  Some of the most ominous of those sorts of feelings come from the glaring similarities of our time to past dark periods of history. It's literally as though we haven't learned a thing from thousands of years and millions of deaths.

Take, for example, the 4th edition of the Diagnostic and Statistical Manual of Mental Disorders (DSM-IV-TR). Apparently the learned authors of this weighty tome have suddenly come to the conclusion - based on science, of course - that people with "negativistic, defiant, disobedient and hostile behavior toward authority figures" are somehow deranged. Does this mean that at some future point the government will arrest and detain "rebellious" citizens, perhaps indefinitely? It's not as though similar things haven't happened before. In fact, most of our current malAdministration can trace their own lives back to a conscientious rebellion against authority. Of course, it seems like now the rules must be changed since they honed their bona fides and became the authorities.

In Nazi Germany, psychiatrists were instrumental in setting up a system that sent hundreds of thousands of people to their deaths in concentration camps, or by lethal injection, or gassing, or starvation. In the former Soviet Union even as late as the 1980s, according to the scholarly paper Political Abuse of Psychiatry in the Soviet Union and in China, "it was not uncommon to hospitalize persons who were not mentally ill and whose only transgression had been the expression of political or religious dissent. Most of the patients interviewed by the delegation had been charged with political crimes such as 'anti-Soviet agitation and propaganda' or 'defaming the Soviet state.' Their offenses involved behavior such as writing and distributing anti-Soviet literature, political organizing, defending the rights of disabled groups, and furthering religious ideas."

Now, how does all that stack up against the vitriolic hatred levelled against the Tea Parties and other conservative groups? Time will tell, but when scheming madmen are in charge of every part of government, and especially when they see their power threatened by the people, the potential for monstrous abuse cannot be ignored or underestimated.  It's not much of a stretch to imagine our government threatening to lock "anti-government" types up indefinitely in mental institutions to silence dissent.  Such tactics work well in conjunction with rules to control freedom of the press and the internet, to stifle dissent.

Patience, my ass!  Our Commander-in-Chief -- you know, the one that was given the Nobel Peace Prize (for doing nothing) -- is reportedly sending at least 2 US Navy carrier groups to the region around Iran.  He's also ratcheting up our presence in South Korea in the wake of revelations that a sub from North Korea - that model of a socialist paradise - torpedoed a South Korean Navy vessel.  Not that I disagree with defending South Korea, since they have been a trustworthy ally for many years; but Obama has been working hard to give the world the impression that America (or at least, our leadership) is a 'paper tiger', and that can't bode well for us among friends and enemies alike.

I don't know how this will eventually pan out, but after bowing and scraping before tyrants around the world, putting us officially into the poorhouse, demoralizing our troops, emboldening our enemies, setting the stage for a dictatorical takeover and threatening to destroy the cultural fabric and economic engine of America, President Obama may now be preparing to mimic the ultimate Progressive model: he's becoming FDR and is now preparing for war (never mind the one we're slowly losing already), to fight our way out of a depression and to transfer the people's discontent to a foe other than our own government. A despicable, but time-proven tactic.  This may be the summer of discontent. Better plant your 'victory garden' now.

Pulling a fast one.  In a move to pre-empt a Republican plan to push several amendments for strengthening border security, President Obama suddenly decided to send 1,200 troops to our southern border. The number of troops falls far short of the 6,000 the Republicans are demanding, and they would only be used in support roles, not direct enforcement of the law.  It's more show than substance, and Republicans plan to go forward with their amendments. 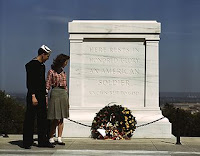 While we're on the topic of our military; Obama plans to skip the traditional wreath-laying ceremony at the Tomb of the Unknown Soldier at Arlington National Cemetery, instead opting for a long weekend in Chicago.  VP Joe Biden will deal with that boring cermony in his stead. Hey, really; what's one more dismissal by the Commander-in-Chief of those who put it all (and many who have given all) on the line to keep the rest of us safe?  Seriously, it just proves once again that rank or political position is no indicator of honor or integrity.

Say it ain't so, Joe!  Speaking of the VP, Joe "the Gaffer" Biden was recently in Brussels, Belgium, where he once again showed his (lack of ) fitness for the office by telling the audience that Brussels is the "home of freedom".  See; this is what happens when you forget to tell people who take an oath to "protect and defend" that it doesn't mean "defect and pretend."  What's more egregious about this is that it wasn't an off-the-cuff remark; it was part of a prepared speech. But we certainly can't go around questioning liberal/Progressive/Democrat/socialists' patriotism, can we? I mean, they keep telling us we can't.

Our hidden history.  Whether or not you are a fan of Glenn Beck, any reasonable observation of his work will show clearly that he is: (a) passionate about what he believes, (b) in search of honor and truth, (c) crazy enough to believe that others may feel the same way he does.  Despite being put in the "death-knell" timeslot of 5-6 pm on Fox News Channel, Beck's program has become among the two or three top-rated cable news shows on any network,and he absolutely obliterates the other so-called news networks in any time slot. Even so, his own highest ratings are coming from an unexpected source. 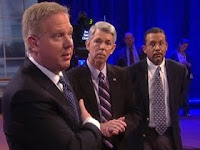 Recently he began a series called "Founder's Fridays."  They have turned out to be consistently getting two to three times his normal high ratings. If nothing else, it proves that Americans are starved for the truth about our nation and our history.

On each episode he highlights the history that has been deliberately taken out of our schools, leaving generations with no clue of the amazing and exceptional form of government the Founding Fathers and others sacrificed so much to give us.  This week was perhaps the most powerful episode yet; it showed the incredible contributions of American blacks - many but not all of them former slaves - and the some of the white Americans who worked so hard to insure that everyone would have equal opportunity and not be made to feel inferior or victimized.  You'll also learn how our history was deliberately erased and rewritten with a totally foreign (to the truth) narrative. Fox News is also providing an extra after-the-show segment that adds a Q & A segment from the live audience that blows many of them away.  Do yourself a favor and watch these programs. And if you're too wrapped up in hatred one way or the other, you may want to rethink where that comes from.

An offer he could refuse.  Kudos to Democrat Rep. Joe Stesak, who has publicly said "No!" to an Obama offer of a cabinet-level job if he would gracefully bow out of the PA election which eventually cost Republican-turned-Demoncrat Arlen Specter his seat. The offer was presented by none other than Bill Clinton, at the end of a tangled highway that ran through Obama's chief of staff Rahm Emanuel. Stesak's disclosure has caused a great rush of emergency PR bandaging in an effort to stave off serious political and legal repercussions.  Robert Gibbs, frontman for "the most transparent administration in history" fended off 13 consecutive questions from ABC's Jake Tapper during a news conference - which is more appropriately termed a news briefing.
Posted by Chuck Teal at 10:02 PM