I've been rightly accused of being a depressing individual to hang around over the past few years (not many people actually dig for my "fun" side. Go figure). I've been watching the news most folks don't watch, and just as importantly, watching the cultural trends that guide society. We have all been the rhetorical "frogs in the pot," and most of us have been too focussed on ourselves or our pet interests (a/k/a, 'work') to pay much attention to the rest of the world. Unfortunately, what happens in the rest of the world eventually trickles down into our own lives.

America has been through a lot over the past 230 years or so, but I believe we may be at the beginning of "the worst of times" for us so far. Yes, we've been in tough times; droughts, depressions, crime waves, natural disasters, and wars; but this time we're getting hit with all of them pretty much at once. And while the wars so far are on other soils, I have a bad feeling war may be coming home soon; and unlike the Civil War, we probably won't have the luxury of uniforms to tell each side apart and state lines to divide the sides and to provide refuge or support. Or then again, maybe we will. 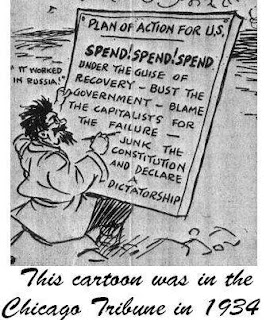 The truth is, there is already a literal (and littering) army of occupation rapidly growing and spreading  in our streets and around the world, stirring up old hatreds, causing chaos, trying to further divide us, and ultimately to destroy our way of life. By looking at which groups are supporting Occupy Wall Street, we get an idea of the forces arrayed against our liberties. The amount of social corrosion that is taking place within our country by our own citizens is appalling and frightening, not so much for their numbers as for their power within virtually every social institution, major corporation (including the media corporate giants - which the protesters never seem to complain about), educational establishment, and government agency.

What is ironic about this war is that one side (conservatives) doesn't want to fight it, because they (we) recognize the pain and suffering that will affect us for years to come, no matter which way it turns out. The aggressors, however, really don't have a solid idea of what they are trying to bring about, because they have been lied to most of their lives.  The Bible tells us, "train up a child in the way he should go, and when he grow older he will not depart from it." This is a time-tested truism, because the earliest lessons form a nearly unbreakable pattern of behavior in each of us, for better or for worse. What the 'revolutionaries' don't realize is that even if they completely subdue us, they will then eat each other.

The Real 'Culture of Death'.  The Left is often led to accuse conservatives of wanting to kill jobs (usually by opposing union thuggery), kill freedom (by requiring a degree of personal responsibility), start wars (generally in an attempt to free other people), and ruin the economy (by preferring creation of jobs at home instead of internationally, anf by limiting taxation and the growth of government). But a closer look at the facts tells the tale: it is the radical Left that far and away has a greater propensity for death and destruction. From abortion, to euthanasia, to outright slavery unto death, it is the Left that has pushed love and respect for human life out the back door and into the trash bin.

The Obama malAdministration, in particular, seems to lean heavily toward generating grim statistics, and feeding the Grim Reaper. Take, for example, a current plan to inject American children with Anthrax in an experiment to find a proper vaccine and dosage rate for kids in the event of a major outbreak. Keep in mind that anthrax was virtually stamped out years ago, except small batches used for germ warfare by the US, Russia, and probably Britain, China, North Korea, Iraq and other military powers.

What national leadership would jeopadize its citizens in an experiment like that? Apparently, the same sort that would promote the vaccination of other youngsters - girls and boys as young as 9 - with the Gardasil vaccine that has resulted so far in thousands of adverse affects within a population dosage of more than 40 million. It would be nice if parents could choose whether to play those odds, but the government is pushing for mandatory inoculations. And I would bet that the Obama daughters and other elite offspring will not be part of the Anthrax experiment, other than as a  (non-innoculated) control.

Then there is the government plan - Project Gunrunner - to sell American guns to Mexican cartels, which in turn have been used to kill at least one American border patrolman and possibly one or more US citizens. It is widely believed among conservatives (with good reason) that despite denials from DoJ leadership, the real objective was to spur more draconian anti-gun legislation here in the US.
And of course there are the military ventures, which are suprising for a purportedly anti-military civilian leadership (but perhaps that only applies to Republican administrations). Apart from planning "contingency" deployments within the US, Obama has pushed us (without congressional approval) into action in Libya and Somalia, among other places. 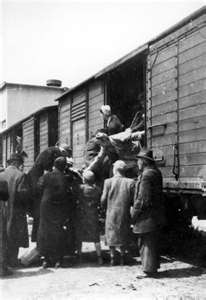 As noted earlier, we can't leave out the Left's undying (sarcasm) support for abortion, eugenics and euthenasia.  As the world population hits 7 billion, let's not forget that the world's elites and many of their mindless followers are dedicated to population reduction on a massive scale. Never mind that wars, disease and natural disasters take a huge toll on human lives, those that know so much better are looking to speed up the process through abortion, starvation campaigns, rather than intelligently scale back population growth through more humane and consistent means. And, as previously noted in this tacky little blog, the 60s radicals who are now in charge of virtually everything had planned long ago to "dispose" of millions of people (i.e., conservatives) who wouldn't bow down to their collectivist, repressive regime.

With all this negative energy directed towards all of us (except for the aforementioned elites, of course), is it any wonder they are also trying to stamp out the comfort, support and hope offered by our Christian faith as well?  Is that brimstone I smell?
Posted by Chuck Teal at 11:10 PM