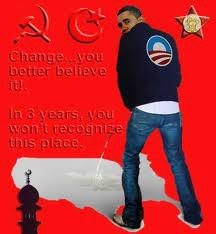 You have to hand it to those on the political Left; they know organization and control. It seems to be their essential purpose in life to wrest any control of daily life from individuals and transfer it to their own religious institution, an all-encompassing State.  In my humble opinion, the evidence leads me to conclude that the "nanny-State" (characterized by "cradle-to-grave" entitlements, irresponsible spending and hyper-regulation) is little more than an elaborate web of deceit; a facade to trick, channel or force people into surrendering their personal autonomy for the illusion of protection, all for the true purpose of granting power to self-important elitists.

From making sure that the dead can still vote to pushing the country ever closer to poverty, to legislating away our rights, even to making Congress irrelevant, these elitists as a class are masters of turning law - which is supposed to be the instrument of justice for an orderly and fair society - into a tool of oppression (curiously, just like communist and fascist countries do). And when it comes to power and control, Demoncrats in particular really hate to give it up. Former Speaker of the House Nancy Pelosi is worth a few chapters all by herself. Most recently, she lamented to an audience at Tufts University that "elections shouldn't matter as much as they do." And it was like pulling teeth without anesthesia for Rep. Cory Gardner to get a direct answer in a hearing from EPA Assistant Administrator Mathy Stanislaus on whether the cost to jobs is taken into account when the agency does a cost/benefit analysis in enforcing its often industry-crippling regulations. But we can go right to the president, who implied in a speech that America didn't become a great country until the Welfare State began in 1965. I would say that the onset of LBJ's Great Society boondoggle was the slamming of the door on America's future prosperity.

If you look at these and other comments objectively, you can't help but get the feeling that democracy only has value while the 'masses'- and their useful idiots - can be manipulated by the leadership into playing along and maintaining the power structure of their choice. In the end, what actually happens to the 'little people' is of little concern to those at the top of the food chain. If you don't believe me, ask yourself this: Why, out of a group of 25 cited during the past twenty years, were Democrat politicians - forever trying to penalize the "rich white guys" by trying to sqeeze more taxes out of them - cited for tax cheating at a ratio of 18 to 7 over Republicans? If they were so interested in getting the wealthy to give up more of their money, why are they so reluctant to part with their own? Why is Michael Moore one of the biggest cheapskates in the movie business, yet he's out there wailing at crowds that "It's not their money; it's our money!" Hey, Mike; have you checked your bank account recently?

Mayday, Mayday!  The month of May is shaping up to be the "Go for broke!" month for the radical Left. (No doubt it's only coincidental that May 1st is the communist holiday.) Previously I warned you about SEIU's Steven Lerner's plan for provoking massive mortgage defaults and blaming it on JP Morgan Chase bank, with the design of crashing our economic institions. Now we learn that in California, where the only ray of sunshine comes from the sky, the California Teachers Association is planning a series of disruptive protests beginning on May 9th. But then, considering how little the state's legislators think of the taxpayers, it's no wonder how the unions have been permitted to have so much power to wreak havoc on their state's economy. In fact, California's so-called representatives have decided that forcing "gay-ed" on students is more important to them than saving their state's economy.

"This is what democracy looks like!"  That has been one of the latest signature gang-chants by Leftists who force their way into public buildings and interrupt the normal processes of business and of government with their foul behavior, looks and smells. If democracy (i.e., 'mob rule') looks and sounds like a sing-along at a madhouse here in America, imagine what it must be like in other countries that don't have the history of tolerance for such juvenile (which, incidentally, reflects the level of understanding for most followers) shenanigans that we do. For instance, since the rebellion in Egypt a mere two months ago, thousands of citizens have been arrested and imprisoned, including a blogger - Maikel Nabil Sanad - who got three years for "insulting the army." Sanad has thus become the current symbol among bloggists for the all-too-typical repressive qualities of 'democratic' governments.

Since the Egyptian revolution, the country has jumped off its previous mostly-secular tightrope, and is rapidly becoming yet another Muslim theocracy. And, as should have been anticipated, the wave of Islamic upheaval is nowwashing over Yemen and Syria.

The plain truth is that democracy, in its simplest form, doesn't work out very well (that's why the Founding Fathers chose a republican form of government). The ancient Greeks may have been the first to find that out the hard way. The French eventually saw the light (although perhaps it was merely reflecting off the guillotine blade), and now North African Muslims are learning it. Sadly, there are too many Americans who still fall for the democracy myth - primarily because the schools no longer teach truth or perspective when it comes to political systems or social movements.
Posted by Chuck Teal at 1:05 AM