Prepare for a Wild and Crazy New Year! 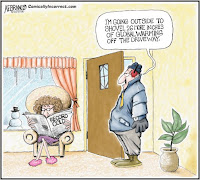 Does it seem to you as though we have entered an age of increasing indifference, gullibility, national insanity and inhumanity?  A quick scan of recent news headlines reveals what appears to be a crescendo of manic behavior, politicians with neither the restraint nor the wisdom wistfully expected from leaders, and a culture suffering from a literal - in the sense that, by continuing on the present course, it will tear itself to pieces - terminal case of idiocy.

Each year at this time, we get the opportunity to look back at what was, and to look forward to what may be coming. If we're smart, we look for the errors of the past and try to prevent them from reoccurring, or at least, from becoming worse. Unfortunately, though, there are a lot of people who are determined to make things worse, for their own myriad of reasons. Ignoring those potential pitfalls and those who propagate them turns us all into fools, slaves, and victims, because today's impression of relative comfort and security can easily be shattered into tomorrow's thousand points of misery. And ultimately, no one is exempt from those pitfalls.


One example of those pitfalls is the end-of-life counseling (aka 'death panels') that was designed as an integral part of Obama(doesn't)Care. It incentivizes doctors to consult with elderly or "at-risk" patients on an annual basis to determine whether the life justifies the costs of medical care and intervention. Now, can anyone seriously tell me the difference between doctors minimizing or advising the termination of care of those patients, and the attitude of social(ist) engineers and sycophants such as that darling of the intellectual Left, George Bernard Shaw, and other Fabian socialists?
Another example is Obama's support for a UN resolution titled "United Nations Declaration on the Rights of Indigenous People," part of which states that “indigenous peoples have a right to lands and resources they traditionally occupied or otherwise used.” The meaning is interpreted as applying to people who may have formerly occupied a land but were forced out by invaders, colonists or other occupiers. Case in point: it could potentially give argument for the return of portions of Manhattan to the Indians.

Then there is the nefarious Food Safety Modernization Act, which sets the groundwork for total government control of the nation's food supply. By that, I don't just mean military rations or food reserves, or even the supply pipeline that delivers food to your local markets, although those are included. There is potential for Big Brother to clamp down even on the family garden plot, although such measures were also included in a series of decades-old Executive Orders.  Oh, it all makes for good times ahead.
﻿﻿﻿
﻿﻿﻿ What not to take to a gunfight.  New revelations are coming out about slain US Border Patrolman Brian Terry, who killed in the line of duty in southern Arizona on December 10.

Oh, you didn't hear about his death on the news?  I'm shocked. No, sadly, I'm really not. While you heard plenty about the nightmarish DREAM Act, news about the invasion and violence occurring on our border has become virtually silenced over the past few months, unless you live on the border itself and can hear the gunfire and see the funeral processions.

It is now reported that, besides being stretched thin in manpower, he and fellow officers were under orders to first use only non-lethal weapons (i.e., 'bean-bag' rounds), even though the incidence of cross-border firefights against illegals, drug gangs, and possibly Mexican military - many armed with full-automatic assault rifles and other heavy weapons, has been increasing dramatically. The agents were also reportedly required to carry cards that "remind" them that if they come across Mexican military on our side of the border, they were under orders to "hide" from them. Doesn't that make you feel safer?

Another place that may soon become less safe is aboard US Navy aircraft carriers. China is developing a new missile specifically targeted against our carrier forces. And with our modern carriers manned by crews of more than 5,000 to over 7,000 (depending on class) American service men and women, that growing threat carries the potential for serious damage to the US, not only in personnel, material, and strategic capability, but in the national psyche as well.

Speaking of the Chinese: Who didn't see this coming?  China has announced that it will reduce the amount of rare earth it exports by 10% in 2011.


"No big deal," you say? Well, it is if you enjoy all those electronic gizmos that make your life busier, more entertaining, and more functional; like cell phones, TVs, computers, those new-fangled light bulbs and that stupid electric car they've been trying to push you into buying And you thought it was a bad idea to be dependent on foreign oil).
The truth is that all that high-tech gear (most of which just happens to come to America from...yep, you guessed it; China) and therefore all of modern manufacturing, requires lots of rare earth elements which are critical for the production of microcircuits, processors, transistors, metal alloys, paints, fiber optics, magnets (used in electric motors) and batteries. Then think about all the computers and tooling using those products that are needed to produce virtually any product. Even glass manufacturers use the rare earth cerium for polishing glass to make it clear and undistorted, which comes in handy when you're driving down the road at night in a rainstorm.  Other nations that produce electric or electronic anythings are scrambling to find new volume sources for the rare earths,which is difficult because they are so...rare. 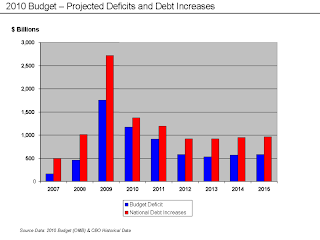 But it isn't just the rare earth sources that are sought after by the most populous nation on the planet. Because of global aspirations and internal pressures, China is investing heavily in foreign reserves, including US coal, oil, and shale oil fields.


And when you wake up...  There is a new world forming right before our eyes; or for most people, just under our noses. There are a lot of things happening that just don't pass the smell test. The American people have begun to notice, and to stand up and require our elected leaders to take a giant step back into our constitutional form of government. Phase One occurred with the rise of the Tea Parties. Phase Two happened in November, but those in power have eschewed honor and the dignity of their office by fighting back and kicking against the voters, piling even more legalistic and economic insults and further jeopardizing our nation's future upon the people and our liberties in their closing days. Phase Three is about to kick in, and We the People must stand guard to see that the newbies don't fall into old habits.
For those who actually read this far; I thank you. May you each have a very Happy and Safe New Year, and may the Lord watch over you. And for any who don't believe, I will pray He doesn't hold that error of imagination, faith and judgment against you.
Posted by Chuck Teal at 9:28 PM