Anyone who knows me at all is aware that I hold Glenn Beck in high regard. That's not to say I put him on a pedestal, although it may seem like it. But facts are facts; no one else in the culture today has put so much of his talent, time and personal resources into affecting positive change in America, especially in a spiritual sense. Beck expends great effort to disassociate himself from political parties (he claims to be independent, and a libertarian) and point us toward a renewal of faith in God as the indispensible ingredient toward restoring personal and national honor. He realizes the essential truth that God's grace and the truth in His word - the Holy Bible - is necessary for all aspects of life, including politics. 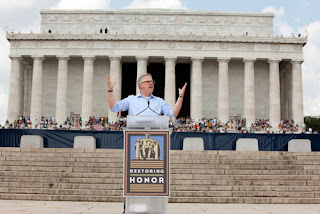 With that being said, Beck put all his credibility and a huge portion of his own wealth where his mouth is. The culmination of that effort was the incredibly successful, totally non-commercial and non-political Restoring Honor event held in Washington DC last Saturday. The night before, he and his wife Tonia actually paid to rent the Kennedy Center for nothing short of a religious revival which he titled Divine Destiny, that included more than 2,000 members of virtually every Christian denomination, as well as rabbis and others. The most powerful testimony of the night was that of Vietnam veteran and horribly disfigured Dave Roever.  The event emphasized the sort of ecumenicalism I can accept (I don't like the brand of nominal Christianity that embraces the liberal and 'liberation' theology which actually distorts and minimzes the gospel). 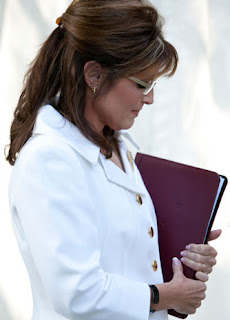 The Restoring Honor event was so remarkable that even the hard-Left venues had to sit up and lamely take notice, seemingly unable to understand what it meant. With no government support (but with a little Divine coverage), no strong-armed "you gotta go" directives from unions or employers (unlike a quickly assembled counter-"demonstration" by Al Sharpton that was stocked by government union employees who were "encouraged" to attend), an estimated half-million people gathered on the Mall between the Washington Monument and the Lincoln Memorial, to listen to speeches by famous people ( Glenn, Sarah Palin), some extraordinary "ordinary" people who received special awards from Glenn for their non-hyped contributions to their communities, and prayer for the restoration of the values and virtues that have guided America through nearly four centuries of history.

The Beck rally was overwhelmingly respectful and reverential, family-friendly, with no arrests or disturbances, and which left the entire Mall completely free of litter, in stark contrast to the Obama inauguration and virtually every liberal/Left assembly.

The ideological opposition was left scratching their heads at the success of the event, and are now scrambling to get some "positive press" of their own. To that end, the Soros'-backed political front group Tides Foundation is sponsoring an October event (curiously, just a month before the election) as the Left's response to Glenn Beck's grassroots-financed Restoring Honor rally. 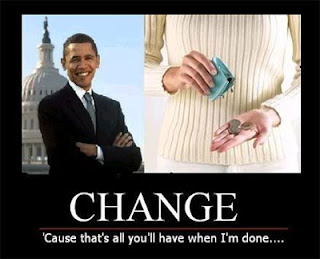 Let's see...the Left wants to counter a populist rally dedicated to the principles of honor, integrity, faith, family and God with a rally that will consist mostly of union members obligated by their masters to show up at an event that will glorify all the things the Left is for: casual abortion, easy divorce (which contributes to the breakup of families), unrestrained homosexuality (taught and promoted in government schools), unrestricted taxation and wealth confiscation from the job-producers, the end of national soveriegnty and elimination of our borders, the prohibition of self-defense, the minimalization of biblical Christianity and the advancement of Islam, the glorification of pettiness and the marginalization of selfless heroism, the elevation of racial politics over equality of opportunity...what have I left out?

The end is nigh (or not)! As long as I can recall, I"ve been fascinated by stories of survival and the techniques of dealing with emergency situations. One of the more extreme emergencies (is there a non-extreme emergency?) is the possibility of a nuclear detonation in the neighborhood (or a couple of states upwind).  You can get an idea of the area of devastation caused by such an event by programming in the location of the closest likely target to you in the Ground Zero II app (right) and seeing how you might fare in such an event. Keep in mind that in today's world, it is no longer necessary to live near a military base, seat of government or major population center to be a target. A nuclear-armed terrorist group could just as well choose a major industrial center, transportation hub, power-generation facility, or even a large shopping mall complex to detonate a small nuclear device for maximum effect.

I can remember growing up during the early years of the Cold War, when everyone was concerned about the likelihood of nuclear weapons going off in your backyard. I remember, as a seven-year-old, standing in the corner store when a large-scale Civil Defense drill was conducted in my town. The siren blared, and all vehicles pulled to the curb and everyone got off the street. It was a dramatic event for a young boy watching this unfold. However, relatively few people proactively built their own shelters, while the rest of us would have to rely on public shelters in the basements of schools and other large buildings.

Yes, the government actually took protecting the people seriously back then. The shelters, all marked with a familiar sign, were stocked with emergency supplies, including blankets, Geiger counters, cans of crappy-tasting crackers and barrels (with plastic seats) that could be used as toilets. But in the first Bush administration those supplies were removed, and public shelters soon became dank storage areas for old furniture and mold.

Only a relative handful of people still take the threat seriously, despite numerous warnings about radical Muslims intent on sending the Great Satan to a fiery nuclear Hell, and the resurgence of a militaristic Russia, as the US unilaterally disarms itself.  If you can afford it (I can't), a well-built shelter is a good long-term investment (even better, build your house itself as a practical shelter). At the least, it's always a good idea to have some good information and emergency supplies on hand, and ost necessary items are common and easily obtainable - before the disaster.  But, human nature being what it is, most people won't bother to prepare, which means that in the worst-case scenario, the better-prepared are more likely to surive, and to have useful skills. And those who didn't prepare but have survived the initial event will be coming to you for help, uninvited, unwanted, and unpolitely demanding what you have. Think of it this way: who would you rather have survive such a catastrophic event; the socialist radical despoilers, the good-for nothing social parasites and criminals, or hard-working, respectful Christians who have prepared for their families and are willing to work together with like-minded people they can trust?
Posted by Chuck Teal at 10:50 PM