It really sucks when all your enemies are smart enough to use your own laws against you.  That fact really hits home when a 13-story Muslim cultural center and mosque prepares to open within spittin' distance of the hole in the ground formerly known as the World Trade Center.  A little legal technicality is preventing the Community Board from revoking its ill-considered decision to allow the construction.  According to American Society for Muslim Advancement's executive director Daisy Khan, "For us, it's a symbol, a platform that will give voice to the silent majority of Muslims who suffer at the hands of extremists. A center will show that Muslims will be part of rebuilding lower Manhattan." 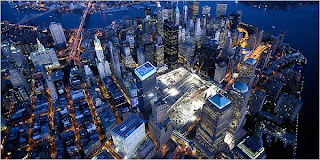 "Rebuilding lower Manhattan."  That sounds so nice, doesn't it?  Does she mean, the same way Muslims have "rebuilt" urban Detroit, and London, and Paris, and other Western cities, complete with minarets sounding prayer five times a day over loudspeakers? After all, it is the Society for Muslim Advancement, right?  I suppose it wouldn't be so bad if so many Muslims hadn't sworn to conquer, enslave or kill all non-Muslims. 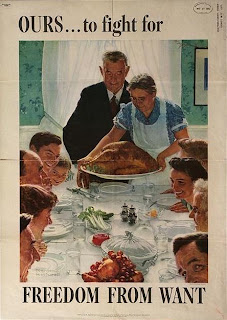 I might almost be able to swallow their altruistic PR gimmick if they didn't plan to open the facility on  September 11, 2011, ten years to the day after two hijacked planes dropped the twin towers, along with more than two thousand people.  I don't know about you, but to me it kinda has the feel of someone sticking their thumbnail in  my eye. for me, it isn't about hatred of people different than I am; it's about self-preservation, and the preservation of a nation/culture that has brought improvement in the quality of life and freedom to billions of people around the world (whether we gave it to them, or they bought or stole it).

Right now, there are millions of kids who weren't alive or were too young to remember that dreadful day. It's a cinch they aren't being taught about that aspect of 'peaceful' Islam in school (but don't get caught wearing an American flag tee shirt!), and, other than an annual reminder on the History Channel or NatGeo, the media has conveniently decided that we don't need to be burdened with such memories, even though that event has affected all our lives in ways most don't even notice anymore - most notably in our loss of freedom. And for all the truly peace-loving (and generally silent) Muslims out there, they are being far overshadowed by people such as the young female college student recently encountered by communist-turned-conservative David Horowitz during a speech he gave at UC San Diego. She gave a dramatic impression of what can be expected if Muslims are allowed to continue their below-the-radar colonization of America unopposed.

We've got a whole lot of re-educating to do, and we can't expect much help from the government, the schools, or the media.

Don'tcha hate it when he's right?  I know it's an anomaly, but the media Left was practically tripping over itself this past week as it danced around the possibility that Glenn Beck might actually be right about something. Or many somethings. Story after story affirms many of Beck's dire predictions. They can't realistically accuse him of being a GOP hack because he goes after both parties with equal vehemence. He admits that both - but particularly the Democrat Party - have been hollowed out by Progressives, who have worked insidiously to undermine them in order to change the US into little more than another impoverished, enslaved communist third-world satellite. If they succeed, there won't be any "first-world" left.

Don't know much about history...  If you were subjected to the American education system over the past 75 years or so, you have probably learned less and less about your own country than any other nation on Earth. That's not to say you weren't taught anything, but (especially in recent decades) most of what you learned was probably not the stuff that makes you proud to be an American. Glenn Beck has a real passion for our history, and the Founders in particular. He's begun a series on his Fox News Channel (5 pm, Eastner time) that he calls Founding Father's Friday.  So far, he's done an hour each on Samuel Adams, George Washington, and George Whitefield, who can honestly be called the real "Father of the Revolution". Fascinating stuff that I'm guessing you don't know about, but will be pleasantly surprised to learn. I am.

Stepping up to the plate.  New Jersey Goveror Chris Christie continues to impress conservatives with his straightforwardness and honesty in dealing with the problems of his state. Nowhere is this more evident than his response to one of the mealy-mouthed minions of the Fourth Estate in a recent press conference. He is the anti-PC politician. If he were running for President, I'd probably have voted for him on the spot.

The check's in the mail.  The secretive International Monetary Fund (IMF) is pledging to bail out the bankrupt country of Greece, to the tune of nearly $1 trillion. The US taxpayer's contribution to the IMF is 17%.  Don't you feel generous?  Anyone with an ounce of credibility is studiously avoiding endorsing the bailout, worrying that it does little more than buy time until the country collapses. According to Carl Weinberg, chief economist of High Frequency Economics in Valhalla, N.Y., “Lending more money to already overborrowed governments does not solve their problems.” 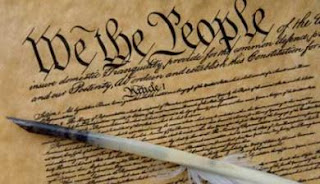 Too Late To Apologize - A Declaration.  If you haven't seen this campy music video, allow me to recommend you check it out. It's a semi-satiric adaptation of Timbaland's vid "Apologize" that takes the perspective of the American Revolution. It was designed to make history more interesting for students. It works. It rocks, and it educates. Well executed, and a good tune.

Put on some coffee.  As those of you who bother to read this tacky little blog probably know, I'm something of a conservative (insert collective gasp here). So I have a concern about the progress (no pun intended) of the conservative effort to repopulate the once-hallowed halls of Washington D.C. - as well as state and local governments - with people who actually share our ideals, as opposed to those who simply pretend to only long enough to get elected. It's not just the deceptive superficiality of some supposedly-conservative commentators and the difficulty of finding truly conservative candidates to replace the two-faced weasels now in office; there are also the problems of getting conservative voters to unify on both principles and tactics.

Move along, move along.  There are some fascinating conceptual technologies being looked at, including a unique mono-wheel people-mover from Honda that goes one step beyond the Segway.  But as I watch the short video presentation, I have to wonder: what's the point, other than the intellectual excercise of designing and building it? This device would have a reasonable amount of "wow" factor, but it would only tend to make some people even lazier than they already are. It also doen't look like it could support a very heavy person or take a lot of abuse. It would probably be effective for an indoor environment (without stairs) but rough ground might be problematic. However, it does have that "cutesy" Asian/European-tech feel that will have a lot of younger folks who really don't need it clamoring to be first in line to get one, if it ever goes into production.
Posted by Chuck Teal at 12:37 AM