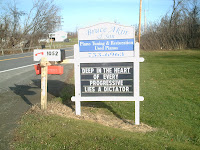 Did you hear about the non-binding House resolution that voted in favor of Puerto Rican statehood? Unless you're a Glenn Beck fan (or read  New American), you probably didn't, since he was the only reporter of the story to hit the media the day before the vote occurred. Yet another sterling example of the Obama malAdminstration's version of 'transparency', and, incidentally, Beck's cutting-edge reporting and analysis of the sinister operations of our government.  He is doing the job of journalists who have seemingly gone off to become government propagandists. The final vote was 223-169 in favor of the resolution, with more than 50 Republicrats going along with it. What people don't realize is that it was just another step in a massive power play to secure a huge potential voting block that will keep the Demoncrats in power for a generation or more. While the vote was only a resolution, it served to take one more option off the table when it next comes up for a vote, bringing the island one step closer to statehood.

What's so bad about that, you ask?  Well, currently Puerto Rico pays no income tax, while reaping virtually all the benefits of statehood. That's one big reason the islanders have voted against statehood several times.

The Progressives are agitating through their numerous front groups for Puerto Ricans, for illegal immigrants, for ex-convicts, and for residents of Washington, D.C. to push for voting rights. And it begs the question, who would be the primary beneficiary of those votes?  (Of course, there are "front groups" on every side; but which are trying to defend America, and which are trying to weaken it?) 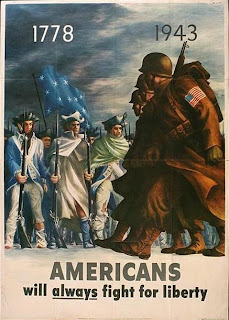 Question: when does a conspiracy theory actually become conspiracy truth? There is such an immense and far-reaching web of deceit in play right now that it's nearly impossible to imagine or wrap your head around it. The vast majority of what used to be called journalists are virtually silent on the all-encompassing plot to undermine America's existence as a free Republic. Generations of us have been deliberately dumbed down in respect to our heritage, our history, our form of government and our personal responsibilities, because an ignorant or nervous populace is an easily-led populace. After more than a century of socialist intellectual-elitist subterfuge, we have finally reached the tipping point where those behind the scenes truly believe they merely need to give us a final push over the edge and they will reach their own perverse Nirvana: a "brave new world" where truth is irrelevant and meaning is only what the State requires it to be. Most Americans haven't got a clue. Hey, we all begin life with the meter at 'zero'.  But the real tragedy is that most of them wouldn't care even if they did know. Incidentally, if the Progressives (regardless of party) get all they want, how soon do you think it will be before they repeal the 22nd Amendment?  And you thought the Bushes were a dynasty?

The new Mexican-American War?  Anyone not living in a cave or getting their news exclusively from MSNBC and their ilk knows that there is a war going on at our southern border. Mexican drug gangs are quickly turning into major power players ("do as we say or we'll cut your family's heads off")south of the border, and thugs are now making military-style incursions across the border into our own country. While their hit-and-run attacks don't always go as planned, Tucson, Arizona has become the No. 2 kidnapping capital of the world.  Fed up with these foreign incursions, kidnappings, tortures, murders, and the utter non-response of the federal government, Arizona finally took matters into their own hands and enacted a law allowing police to arrest ILLEGAL aliens. The law doesn't specify race or point of origin, and should be a model for other states, since we seem to be under a subtle attack from many nations, as well as from our own government and social elites.

As must now be expected in an age when sanity has been displaced as the ruling thought process, mobs of people are trailing behind Al Sharpton and other race-baiting, opportunistic miscreants to shout down the AZ law. The obnoxious Left is raging against the law, falling back on their usual meme of calling supporters racists or "Nazis".

Every time you hear someone on the Left call a conservative a Nazi, know that it is evidence of how deliberately crappy and indoctrinational our non-educational system has become. I mean, how long has it been since a teacher actually taught that the term "Nazi" was a German contraction for "National Socialist"?  In truth, one of the primary and most effective (against an uninformed populace) weapons of the insidious Left is their skill at accusing their enemies of their own sins.  I believe the term is "guilt transferrance".  It is the way that liars typically win arguments, and how evil governments rewrite history to make themselves look like heroes, and make the good guys appear to be the bad guys. Want examples? Compare American history textbooks from a century ago to those in use today.

No more valor?  You may have heard about Rev. Franklin Graham recently being  "disinvited" from speaking at a service at the Pentagon to commemorate the National Day of Prayer on May 6th. His offense? He called Islam a "very wicked and evil religion." Naturally, militant Islamicists such as CAIR are up in arms (figuratively only...so far), and they've brought enough heat on Graham's utterance to cause the Army to cancel Graham's invitation. It shouln't go unnoticed that the military serves at the order of the Commander-in-Chief.  In what appears to be nothing more than an attempt to play both sides, CiC Obama went to the Graham home on Sunday and spoke with Franklin and his 91-year-old father, Billy. Like a dutiful president, Obama pledged to "look into it."  Keep in mind that "looking" isn't the same as "doing."

OK; we have radical Muslims around the world and in our own country attacking us verbally, politically and violently.  Those within our borders enjoy the protection of our legal system, with (former) combatants and terrorists living the fat and lazy life in our prisons as they proselytize and recruit the lame-brained and disaffected among us.  Our valiant CiC treks around the world apologizing for America while conveniently leaving out all the things those countries should be thanking us for.  Meanwhile, a Christian minister is dissed because he dares to imply that his religion is superior to another one...one that urges its followers to blow themselves up to get virgins in the afterlife, that treats its own women as slaves, that shows no mercy, and that pledges to enslave, torture and kill anyone who will not submit to it.  Have I got that all straight?

Honestly, what kind of preacher would Rev. Graham be if he didn't believe his faith was superior to all others, and have the courage to speak it plainly? Better yet; when was the last time you heard a Muslim cleric claim that Christianity was as valid as Islam? Yeah; thought so.
Posted by Chuck Teal at 12:10 AM