The Professor is in

Glenn Beck gave his bring-the-house-down keynote address at C-PAC last Saturday, demonstrating yet again that he is the new voice of American conservatism.  His passion, his personal history and his zeal and grasp of our national history have catapulted him into that rare atmosphere of being great while attempting to remain humble. I don't think there are many - if any - talking heads who do as much or more research on stories than Beck and his staff, for the simple reason that he wants to get it right. His ability to see the bigger picture while telling small, personal stories makes him appear to be the teacher or professor you wanted to have. No one else can make a topic as boring as Woodrow Wilson's effect on America seem so fascinatingly relevant to this age of "entitlementality."

Of course, when you become the 'voice' of a movement that threatens the status quo, you're going to make enemies. Because he doesn't play favorites, Glenn Beck has plenty on both sides of the political street.  After his speech, Geraldo Rivera had on Mike Huckabee and Al Sharpton, and both were trying to downplay Beck's effectiveness at unifying an increasingly angry and frustrated conservative base. Both men portrayed Beck as either hurting the Republican 'cause' (whatever that is these days, other than the gaining of power) or helpful to the Democrats by dividing the Right. Both miss the point. The GOP considers him a threat because he doesn't play sides, he plays principles; so they're also trying to discredit him. USA Weekend put out an article on him last week in which they attribute several quotes to Beck that on his radio show he denied saying. Then the otherwise respectable WorldNetDaily picked the USA article and ran with it, apparently without verifying it with Beck. Drudge carried another report about Beck that was somewhat misleading.

I don't want to spend all my time defending Glenn Beck (mostly because he doesn't need my help), but he holds up a light for all conservatives to examine ourselves and the world around us. He doesn't tell people how to think, he tells them to think.  It would be remiss of me not to stand up for what - in light or lack of evidence (to the contrary) - seems to be the truth.  Every Beck critic I've run into so far hasn't bothered to watch or listen to him for more than a soundbite. They think he's a dunce. They're mistaken. 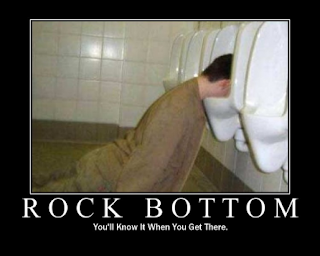 Oh, the dreadful irony!  The 'face' of MSNBC - Keith Olbermann - is famous (although how one can become famous on one of the bottom-feeding networks escapes me) for hurling insults and challenges at the Right, often using his trademark Shakespearean lilt. This time, after hurling the racism charge at the Tea Parties, the Texans called him out on it with what I would describe as an invitation, with a dash of reflection. Priceless.

Reading the past.  I'm currently reading what is, so far, one of the most interesting history books I've ever read:  A Patriot's History of the United States by Larry Schweikart and Michael Allen.  Schweikart recently wrote an article for Glenn Beck's site that highlights how little we've been taught about our own history. This generation of Americans may be the most ignorant yet on our own history as a nation, and as a people.

The past several days, I've been in a running argument (I'll call it debate to be nice) with a couple of people via email about two views of America; one of an America that started out boldly as the greatest hope mankind has ever been offered, and another vision; of an America somehow more evil than the Soviet Union, no better than Nazi Germany.  The truth is somewhere in between, but much closer to the first than the others. However, we are now at a crossroads that can lead us either way.  Ultimately, the American people will decide which way we go. The problem is that those who would drag us down have scribbled all over the map, causing many to go in the wrong direction.  We need to study history to understand our possible future. Not to harp, but Glenn Beck has emphasized the importance of going back to our roots to find not only our weaknesses but our solutions. On today's TV program, Beck gave a quiz on where we stand. Are you conservative, liberal, libertarian, or progressive? Take the quiz and find out. You might be surprised.

Not so secure.  A new report indicates that the foxes may be running rampant in the chicken coops. According to the report, two agencies within the Department of Homeland Security - Immigration and Customs Enforcment (ICE) and Customs and Border Protection (CBP) together have "lost" more than $13 million in missing or stolen equipment, including computers, night vision scopes, and at least one vehicle. While some of the thefts may be due to incidental criminal activity, a good portion is suspected to be 'inside work'. This begs the question, who can you trust?  The decline of morality has consequences. Just sayin'.
Posted by Chuck Teal at 11:43 PM