All these cliches have become familiar over the past generation, and on their surface, laudable. But have we reached a point where those pleas have become a "sounding brass" that tickles our ears, stirs our hearts, thins our wallets, and are slowly putting a fence around each of us, with barbed wire on the inside.  How many times have you heard the plea to give up just a little more tax money, just a little more freedom, "for the children?"
Making sacrifices "for the children" has always touched a human chord, and in many cases, rightly so. After all, survival of the species and the passing on of our personal heritage are deep, instinctive behaviors, and they rate high among the most vitally important ones (e.g., many survival experts will tell you that in a severe situation, the "hunter/gatherer" should get the most food, to provide the energy to get more food for all). But those instincts are being cleverly used against us by people whom, in many instances, seem to have lost that instinct for themselves, and are trying to kill it in everyone else. After all, doesn't misery love company?


Before you start calling me "insensitive" or a "child-hater," my gripe isn't with caring about kids, it's about using other people's kids superficially to gain political advantage, especially when that advantage will ultimately hurt children - both when they grow up, and children yet to be born. 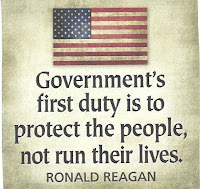 Here's my point. Children - or more  accurately, school taxes and the Department of Education - are used as weapons against us (the adults, the taxpayers, the concerned citizens). They are an excuse for politicians to seek huge funding ostensibly for education, but which often is used for extravagant school buildings and bloated bureaucracies instead of focussing on a quality education. But the theft and misuse of tax dollars is actually the least egregious aspect of this government-encouraged form of child abuse. The worst aspect is that they have, for the past few decades, increasingly turned the children against their parents, their national heritage, and ultimately, against themselves when they become adults.
Perhaps the most egregious aspect is the government continuing to treat college-age students as though they were minor children to be coddled. The Obama malAdministration continues this trend and ramps it up by attempting to get mandatory medical coverage - with parents paying a larger share - for "children" up to age 26.  It is also joining the European welfare-state push toward total government (i.e., taxes, personal obligation and dependency) financing of college, even though there is ample evidence to show that for way too many of those students college is a waste of time and money. Conversely, there is also ample evidence that college has much more success in generating productive members of society when students are made responsible for financing it.
Give your (Big) Brother a hand. One of the hallmarks of any enterprising dictatorship is the encouragment of citizens of every age, occupation and station in life to spy on and report those who might resist government control, but no group is more prone to falling for the enlistment pitch than the youth, who are often tempted by being given the feeling that they will become more mature, and more responsible citizens (ever been to a military recruiting office?).


One of the latest tactics 'citizen participation' to enlist such is through the PatriotApp, a smartphone application that allows (and encourages) people to be de facto government agents. I'm sure it is only coincidental (not) that at least one member of 'TEAM PATRIOT', Dr. Roy Swiger, is a man with extensive background with various federal agencies including DHS, USDA, FAA, and DOT.  Surely it couldn't be that some agency "encouraged" Dr. Swiger to put this team and app together. This high-tech "snitch" app is geared primarily toward tech-friendly young people, and their site pushes all the right buttons to nudge "patriots" to do their duty. As laudable as enabling and encouraging citizens to report possible terrorism may seem on the surface, it should be noted that this generation of Americans is perhaps the least acquainted with this nation's founding principles or the principles of Christianity upon which it was based, or, for that matter, the devastating history and far-ranging pitfalls of socialism. That makes it extremely easy to 'reprogram' those young people to a completely foreign mindset and loyalties - such as spying on and reporting conservative thinkers and "patriots" for merely disagreeing with or "working around" egregious government policies. The effect has been to deeply inculcate many with a reliance and dependence on government as the ultimate provider/protector for physical needs and politically-motivated desires, and a desire to defend that government at all costs, regardless of evidence of its duplicity or subversiveness. This aspect, incidentally, has become one of the most bitter pills to swallow for many of us who love this country, based on our traditional and founding values.
Food for thought.  Here's something to think about as you partake of the upcoming Christmas feast: the Food Safety Moderization Act recently passed by the Senate and waiting for a House vote may open the door to wholesale restrictions on the kinds of foods you can obtain. It is the key that opens the door to giving the Food and Drug Admininstration (FDA) complete control over the nation's food supply. The agency has already begun raiding farms that sell raw milk and other dairy products to consumers who want those foods, putting even more pressure on small family farms that are already struggling to survive against the huge international agribusinesses which, incidentally, have a vested interest in limiting all competition.  The conservative perspective: If raw milk or other products present a clear and present danger, let it be known. Educate the public, don't stifle our freedom of choice even more.

Of course, in the bigger picture, it isn't about a few occurrences of bad milk; it's about more control. In the deepest recesses of the progressive administrative mind, the more aspects of everyday life an administration can direct, the better the overall quality of life will be. Apart from being an utterly falacious viewpoint, virtually every mind that thinks this way ultimately leaves out the key concept that they should also live the same way they would force others to live. It is all too common among such aristocracies for people in the big house on the hilltop to build luxurious concrete walls around themselves, while causing (nudging) those "below" to live behind paper walls, and to have every policeman equipped with a lighter. 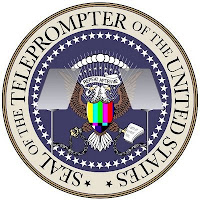 A clear and president danger.  Two years into his presidency, Barack Obama continues to amaze the open-eyed with his leadership abilities. Uh, nah.  Actually, what he has shown us is that through political sleight-of-hand, distraction and disinformation, the American people - or perhaps more accurately, the vote counters - chose either the most incompetent, disengaged president in our history, or the most duplicitous, or both. Frankly, I think he has both ends of that spectrum covered (along with help from what is perhaps the worst session of Congress in recent memory).  He's certainly the worst president since JimmyCarter, who continues to this day to demonstrate how badly unqualified he was.
The list of his egregiousness, aided and abetted by his leagues of the radical Left and amoral, unpatriotic, opportunistic bureaucrats is growing so extensive that it is becoming more difficult to catalog. From weakening our borders to appropriating (politician-speak for "stealing") our land, the "land of the free and the home of the brave" is rapidly becoming less free, and the brave are being cast as villains by a (low) class of people which has no respect for the property, rights or accomplishments of others.
Much of the evidence of his true nature (such as it is) was there before the election, but millions of clueless minions faithfully ignored it. Obama has been a fraud from the beginning. He was apparently never an actual Harvard law professor of any note, but instead was mysteriously appointed to the position as a political stepping-stone and Alinskyite indoctrinator. 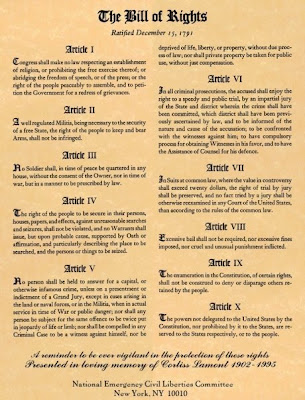 But the Obamessiah is losing his luster, even among his usually-blindly loyal supporters. It could stem from the fact that nearly every move he makes is a public relations or policy disaster which puts his hypocrisy and lack of serious intellect on display for the world to see. Unfortunately, his leadership - or lack thereof - puts all of us further at risk, not only from our growing number of foreign and domestic enemies, but from a potentially dark future governed by self-interested bureaucrats and a blindly ignorant populace.

For my part, I hope a generation of aware Americans with a sense of our history and a base of personal morality will rise out of the shadows and reclaim and redirect this nation toward a greater future. It has taken more than a century to be lead down this current path to national ruin, and it will probably take nearly as long to restore us; first through education and hope, and then through action and results. But as long as mankind exists, there will always be a need to find, achieve and maintain a balance of objectives and actions in order to obtain and preserve the liberties, opportunities and successes that have marked the United States as unique among the nations of history.
Posted by Chuck Teal at 12:12 PM